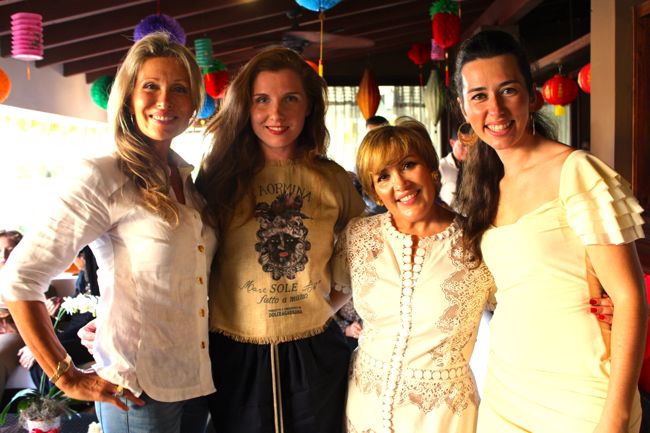 Stepping into the beautiful Dedon store in the Marina Casa de Campo last Friday the 7th of February, my heart dropped with the horrible realization that I had somehow got the place, day or time wrong for this month’s edition of the Cafe de la Leche. The store was empty… oops!

Fortunately as it turns out I only got the location wrong by a mere few steps – the gathering was already in full swing just outside the store – phew!

With a Dedon lounge step up outside, technically in an area that belongs to Chinois… another realization dawned on me – this was a Cafe de la Leche of very fine tastes! With the food catered by Chinois, making Susana Joa, owner of the restaurant, the glamourous hostess alongside Moraima Mirambeaux of Dedon. When one of Casa’s veteran restauranteurs joins forces with one of the society’s most stylish, there can be no doubt that the result would be superb. Not only were the decorations just perfect and elegant, but the food was delicious, with adorable little touches such as heart shaped chocolate treats – perfect for a Cafe de la Leche in the month of love!

As the sunset over the Marina Casa de Campo, one of the resorts most beautiful spots, the gathered ladies toasted to a brighter future for the children of the Hogar del Niño – the charity supported by these monthly gatherings.

Congratulations to Susana and Moraima – it was spectacular!

Radiant and relaxing in the Marina Casa de Campo

The following collection of photos were taken at the Café de la Leche at Dedon and Chinois in the Marina Casa de Campo on Friday February 7th 2014:

The following photos were contributed by Susana Joa, owner of Chinois:

And for all the fun details of the Hogar del Niño weekend – click here! We look forward to seeing you all there!