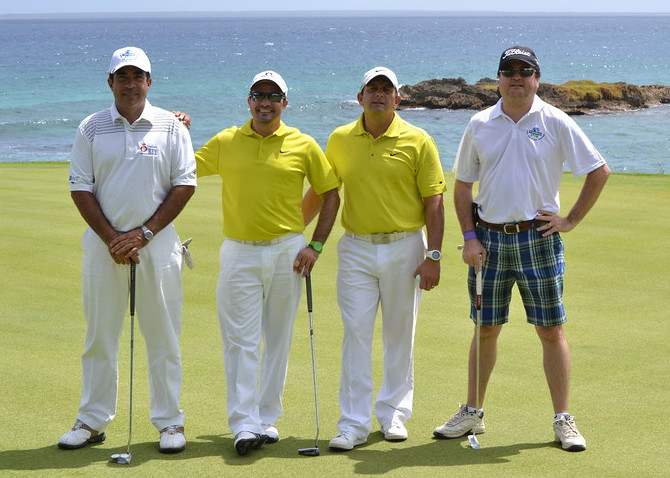 The tournament started at 1pm with words of Mr. Moises Sifren, director of the Buen Samaritano Foundation, who welcomed and thanked the eighty-two players who teed off in support of this worthy cause. This tournament which raises funds to support the hospital’s children’s health program was played in a Best Ball format.

The brothers Tony and Stefany Kim were proclaimed the net winners of the tournament getting the best gross score with 66 strokes. Winners of the first places in the different categories were: Ignacio Perez & César Rodriguez with 70 strokes in the A category; Sully Martinez & Joseph Genao, who finished with 62 strokes to lead the B category; and in the C category, Evilio Perez & Alberto Gonzalez with 65 strokes.

The special prizes “Closest to the Pin”, “Longest Drive”, and “Most Accurate Drive” went to Ariel Mora, Neit Nivar and Michael Harel, on holes 16th, 11th and 3rd, respectively.

The following photos were taken during 6th annual Buen Samaritano Golf Tournament, held at the Teeth of the Dog on Saturday July 18th:

The winners and results of the 6th annual Buen Samaritano golf tournament are as follows:

About the Buen Samaritano Hospital Foundation

Good Samaritan Hospital Foundation is a non-profit institution that has been providing assistance to the needy for more than 15 years. The organization is focused on supporting the development of programs and activities targeting the neediest in the Dominican Republic.

Click here to read more about the Buen Samaritano Hospital in La Romana!