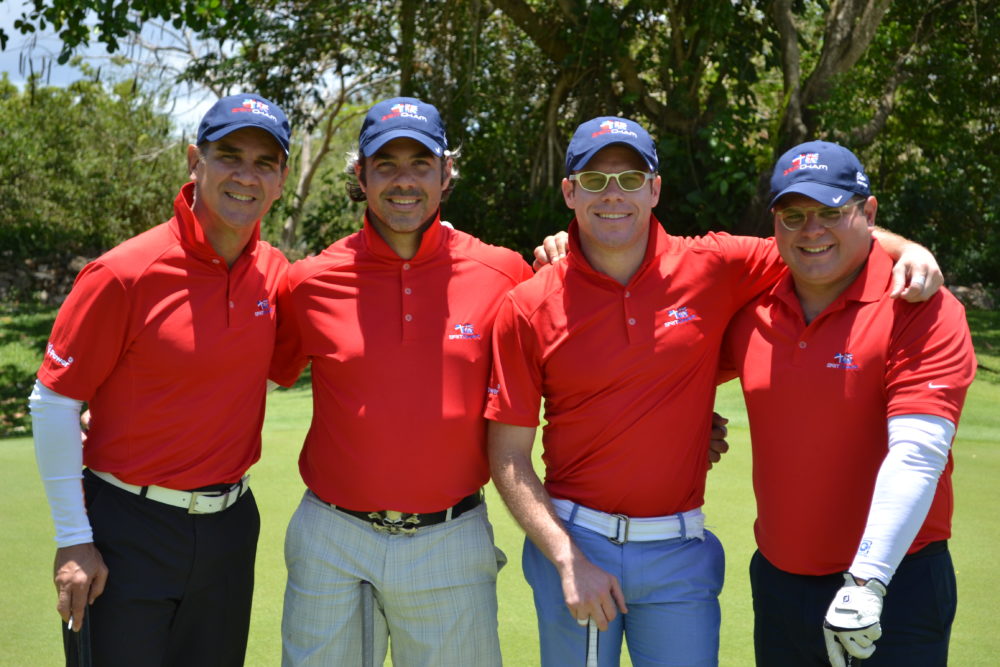 The British Chamber of Commerce is celebrating its 30th anniversary in 2017 and as part of their celebrations, the 19th edition of the Royal Cup will be played on Saturday, April 8th at the Teeth of the Dog golf course in Casa de Campo. The event will have the H.M. Ambassador of the United Kingdom of Great Britain, Chris Campbell, as guest player of honor and all the past winners will also be participating in the tournament. The aim of the annual celebration is to strengthen and promote business relationships, while also enjoying a friendly game of golf.

During the press conference held at the residence of the Honorable Ambassador of the United Kingdom Chris Campbell, José A. Rodríguez, BRITCHAM president, and Francesca Ortiz, executive director, explained that the competition will start at 8 am in a scramble format in pairs in men’s categories A, B, and C and a single division for ladies. In each category, the three lowest net scores will be awarded, as well as the best gross score of the tournament. Special prizes such as Longest Drive and Closest to the Pin will also be awarded.

The prestigious tournament will take place on Saturday, April 8th on the Teeth of the Dog. A few years ago, on March 2013, the 25th anniversary of their organization was also celebrated here in Casa de Campo.  This is the 19th edition of the British Golf Cup. The tournament’s participants will tee-off around Casa de Campo’s most famous golf course, the Teeth of the Dog at 8:30am. The executive director of BRITCHAM also explained that after the competition at the awards ceremony there will be multiple raffles and gifts courtesy of the sponsoring companies and the BRITCHAM, as well as many surprises. In addition, a replica of the famous British Open Golf Cup, the Claret Jug, will be handed to the tournament’s best gross score, as per tradition.

Where: Teeth of the Dog, Casa de Campo, La Romana