Good day golf lovers! Two weeks ago we were able to see our Director of Golf Sales and PGA & LPGA Class A Golf Professional, Kelly Sheehan at the encore presentation of Big Break Sandals Resorts, the series 13thseason that initially aired in 2010 featuring an all-female cast of golf professionals. Next week the Golf Channel will be airing the 14th season of the reality tv which was filmed on the spectacular golf courses in Casa de Campo!

The Big Break is a reality show in which golfers compete against each other in different challenges on the field and the winner receives various awards including the possibility of playing professional tournaments on the PGA and LPGA Tour. Some of the previous Big Break contestants have successfully competed on the PGA Tour and LPGA Tour.

“Big Break Dominican Republic” premiered on Wednesday, September 29, 2010. Each scene of this reality show was filmed in Casa de Campo, showing the world the singularities of the Resort as a great golf destination and why its courses, designed by the famous Pete Dye, have received various international recognitions. The series takes place on the Dye Fore and the world-renowned Teeth of the Dog. Season 14 featured an all-star cast of the most captivating and polarizing personalities in series history competing for redemption, the opportunity to earn a sponsor’s exemption to either the 2011 Justin Timberlake Shriners Hospitals for Children Open on the PGA TOUR or the 2011 Kia Classic presented by J Golf on the LPGA Tour, and a lion’s share of the $100,000 purse.

Featuring teams of six men vs. six women, Big Break Dominican Republic included a new series format, new challenges, and twists.  The teams competed against one another in a variety of golf challenges per episode, with the ultimate goal of knocking the other out of contention.  The 10-episode series will air in its entirety on Monday from 7-9am ET; 10am-6pm ET; with a special encore of the final two episodes from 9-11 p.m. ET.

Images by Mark Ashman: Golf Channel, Information on the show found at golfchannel.com, 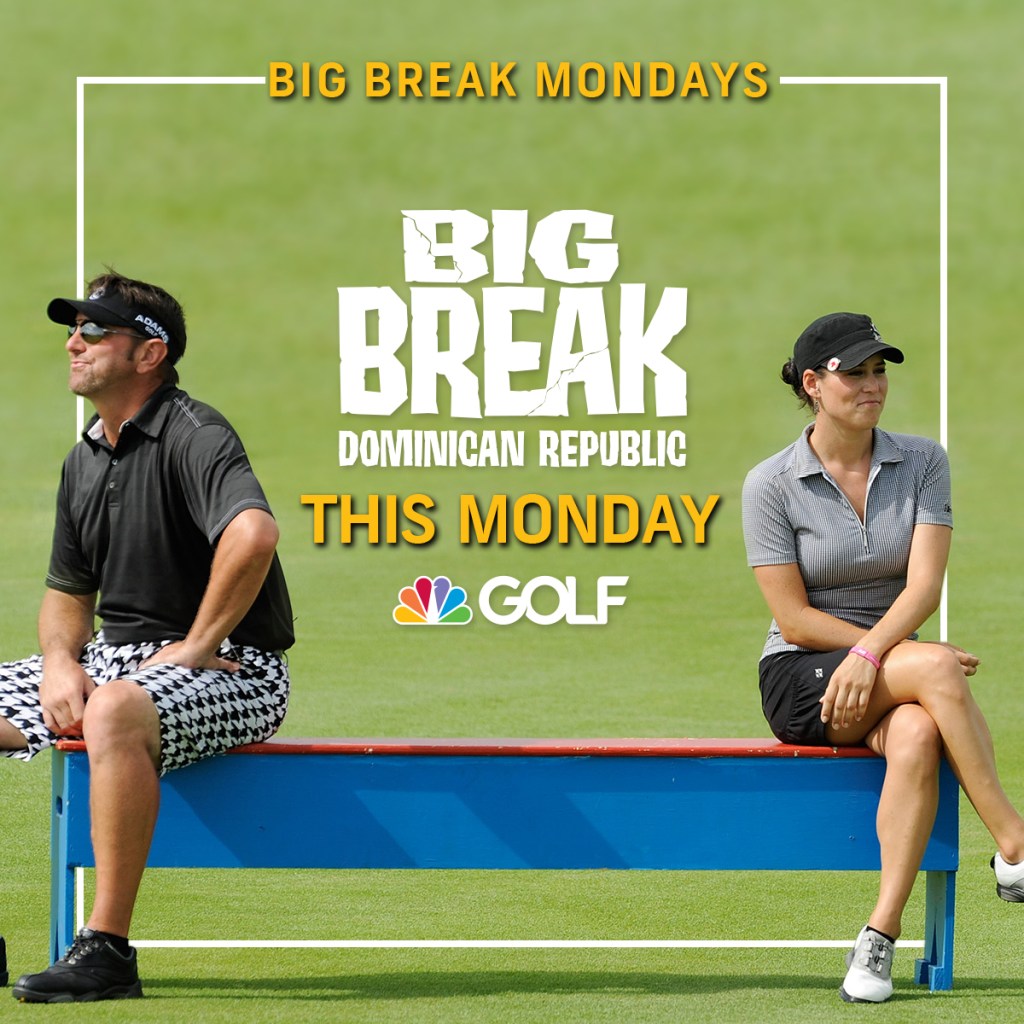