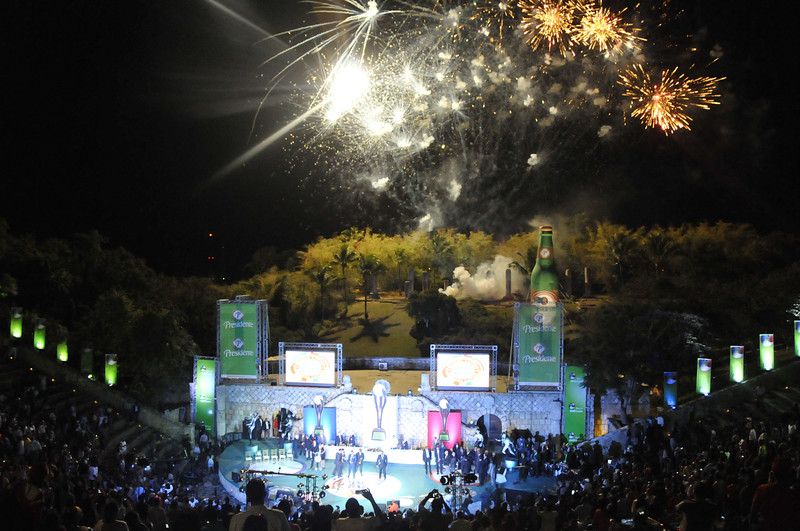 It’s not everyday you have so many Latin baseball superstars in one place…Ivan Rodriguez, Omar Vízquel, Orlando Hernandez, Sammy Sosa, Jesse Orosco and Edgar Rentería arrive TODAY in Casa de Campo for the 7th Exaltation Week to the Latino Baseball Hall of Fame (LBHOF).

Earlier this year we enjoyed the 6th Exaltation Week all around Casa de Campo, and it was a complete success. Now it’s time for the 7th Exaltation Week to the LBHOF, Class of 2016, which kicked off Wednesday, November 2nd and will finish tomorrow, Saturday, December 5th with the Grand Induction Ceremony. But why two ceremonies in one year, you ask? Well, it’s simple… In previous years this four-day event was organized in February, but now will be held on the last month of the year to please the national and international press, which requested a date-changing because it coincided with the Caribbean Series.

Today at 1:30 pm, luminaries into the Class of 2016 will be on a parade from the La Romana Roundabout to the Francisco A. Micheli Stadium, and will be welcomed at a special dinner this evening hosted by Mr. Alfy Fanjul at his residence, Casa Grande.

On the morning of Saturday, December 5th the INMORTALES Golf Tournament will take place on the Teeth of the Dog golf course. Members of the public are cordially invited to take part in this special tournament. (For more info contact the Latino Baseball Hall of Fame at [email protected] or 809-951-1866, 809-707-1626).

As usual this great event ends with the exaltation of the latin baseball legends during the Grand Induction Ceremony, which will be held at the Altos de Chavón amphitheater at 8 pm on Saturday.

During the ceremony, as it occurs every year, special awards are given to players and Executives for their careers and contributions to the latino baseball. This year the Latin Gold Award will be given to Salvador Perez; the Felipe Rojas Alou Award to Phil Regan; and the Comeback of the Year Award will be received by Major Leaguer, Alex Rodríguez.

Where: Teeth of the Dog golf course