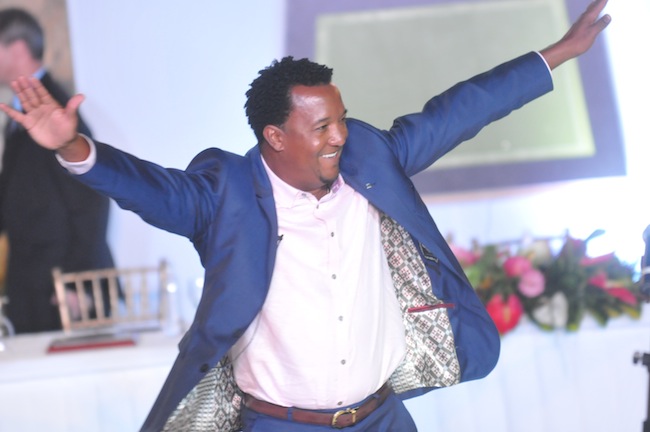 UPDATE: INMORTALES, a magazine and brand produced by SILGON, the media company that also produces Casa de Campo Living, CasaLife and TODO Casa de Campo, launched an exclusive summary video of the 6th Induction Ceremony for the Latino Baseball Hall of Fame with interviews with your favorite players! Scroll below to see all the exclusive footage!

Last Saturday February 7th, the Latino Baseball Hall of Fame held its 6th Induction Ceremony and although they were numerous big stars taking part, it is no secret that the undisputed guest of honor was the Dominican Republic’s own Pedro Martínez.

This great event started with the notes of the Dominican Republic national anthem sung by the Dominican singer Nini Cafaro, immediately followed by Padre Victor who came to the stage to bless the occasion.

The welcoming remarks were given by Roberto Weill, president and founder of the Latino Baseball Hall of Fame, who thanked the people at the honor table, special guests and all the public for attending.

Among the personalities who occupied the seats at the honor table, were; Rob Manfred, MLB Commissioner, Jeff Idelson, President of the Cooperstown Hall of Fame, Jose Blandon, Mayor of Panama, José Rodríguez, minister of culture of the Dominican Republic, Rafael Avila, vice president of LBHOF, Pepe Fanjul Jr., Stanley Javier and Cuqui Cordova, among others.

The ceremony was dedicated to Panama, and for this reason a plaque was delivered to Jose Blandon, Mayor of Panama, while among the numerous other special awards, the Latino of Oro award went to Johnny Cueto and Nelson Cruz.

After that it was time for the Latino Baseball Hall of Fame Class 2015 to make their grand entrance, each one appearing on the arm of a beautiful lady accompanied by typical music of their country. The first to receive the applause of the gathered crowd was Luis Gonzalez of Cuba, then Roberto Kelly of Panama, Carlos Delgado from Puerto Rico, Ozzie Guillen of Venezuela, Nomar Garciaparra from Mexico and finally Pedro Martínez of the Dominican Republic… welcomed with an ecstatic standing ovation as the crowd of baseball fans screamed “PEDRO PEDRO PEDRO!”

The Grand Induction Ceremony 2015 ended with a beautiful fireworks display and the music of one of the most outstanding salseros from the Dominican Republic, Yiyo Sarante, who got everyone dancing at the legendary Altos de Chavón Amphitheater.

It was a night to remember!!

Check out the exclusive video by INMORTALES with highlights and interviews here:

The Following collection of photos were taken during the Sixth Exaltation Ceremony of the Latino Baseball Hall of Fame celebrated on Saturday February 7th at the Altos de Chavón amphitheater: