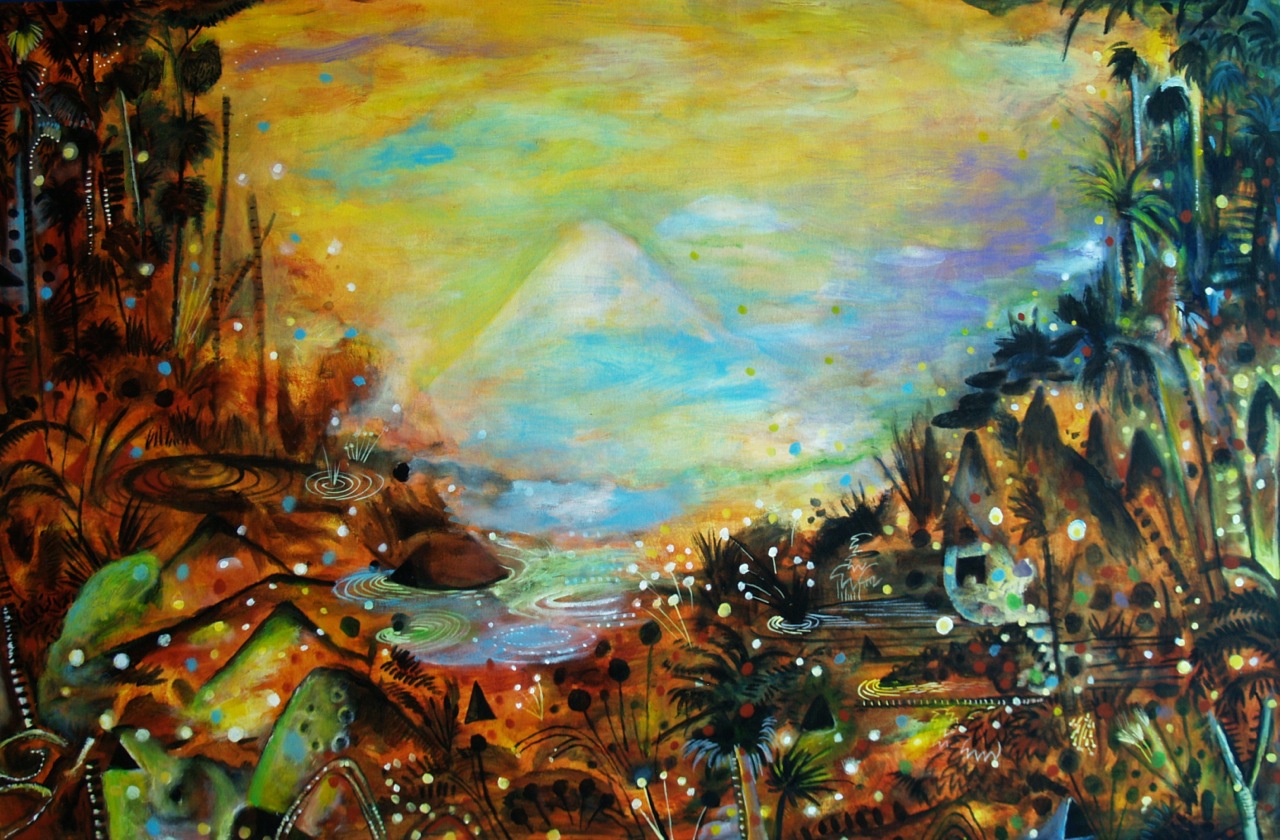 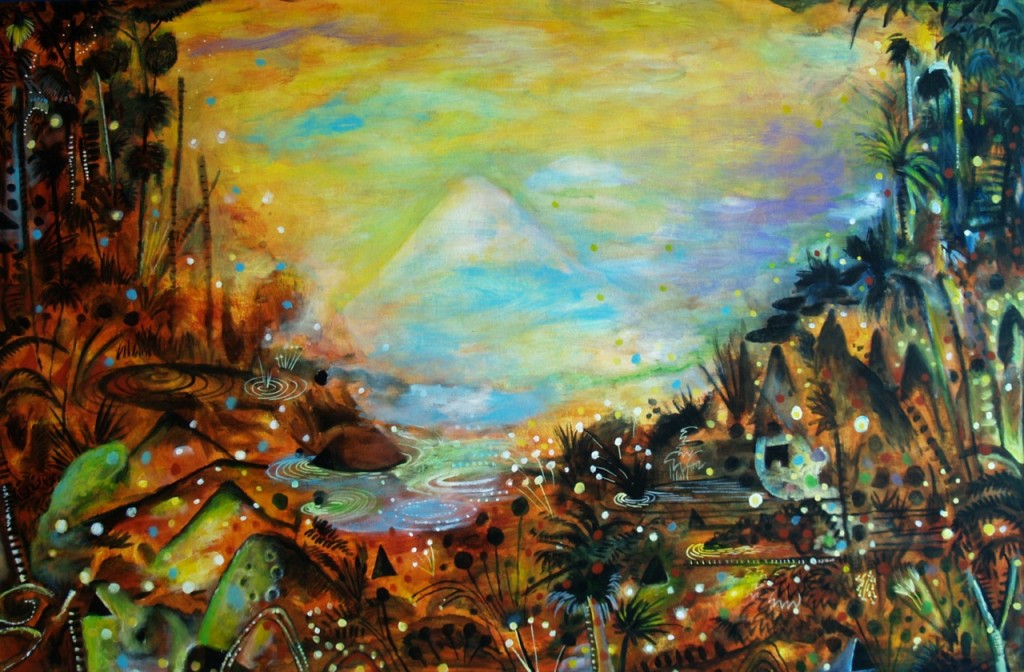 Raúl Recio, baptized as “The Terrible Infant” and also spearhead of the 80’s generation,  is an irreverent artist that reinvents himself in every piece.  “Almost Paisaje” or “Invisible landscapes”, as Dominican writer Rita Indiana states in her writing: “It’s not the first time that Raúl Recio dives into the dense boundary between what’s abstract and figurative, his painting has always flirted with the limits of the expressiveness of both languages. The singularity in these “Almost landscapes”, the way Recio has defined them, is based on a central and a narrative figure, which serves as a metaphor to the abstract and as an object for the figurative”. 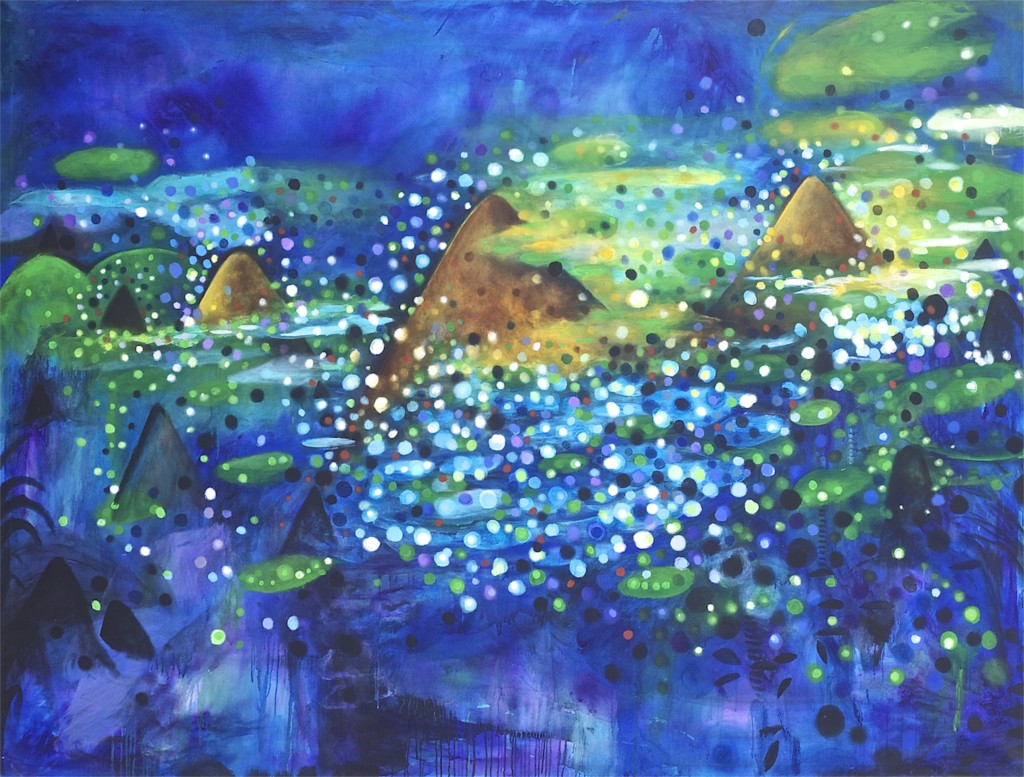 The exhibition, cured by Lyle O. Reitzel, is conformed by a body of Works that include large paintings and a nourished collection of the new series “Illuminated drawings”, produced with ink and color pencil on paper. 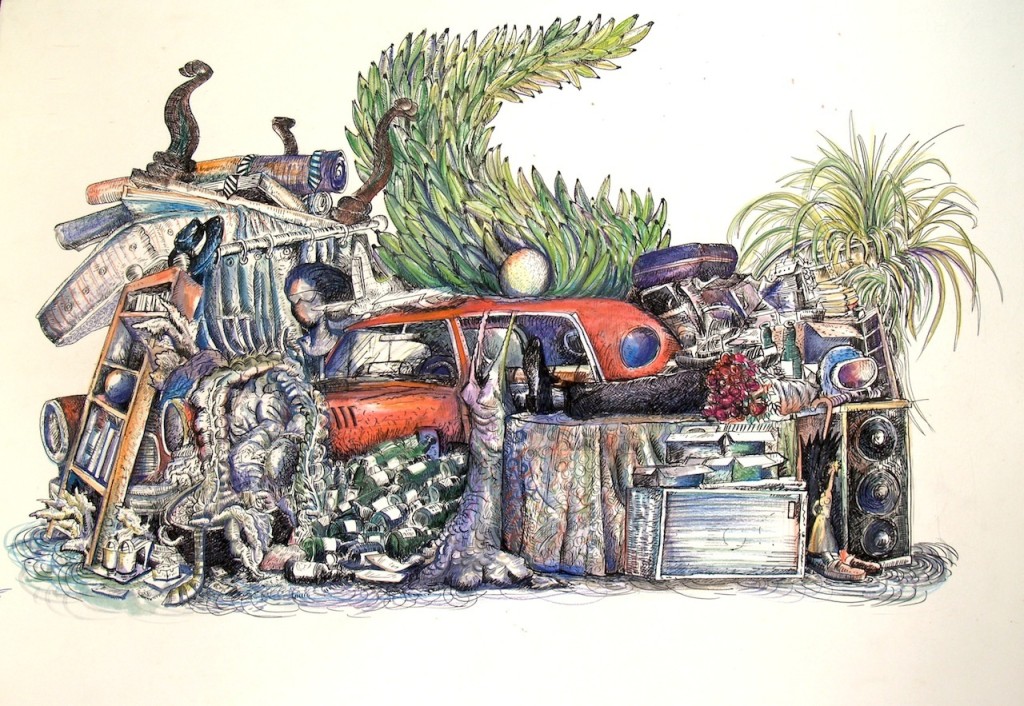 His works have been exhibited at the prestigious institutions of America’s Society in New York, The Bass Museum in Miami Beach, Florida, during the exhibition “Modern and Contemporary Art of The Dominican republic”, with a column in the New York Times.

Meanwhile here in Casa de Campo we enjoyed the work of Raul Recio in an exhibit “Dominico Concón” presented at the Jenny POlanco project in Altos de Chavón.