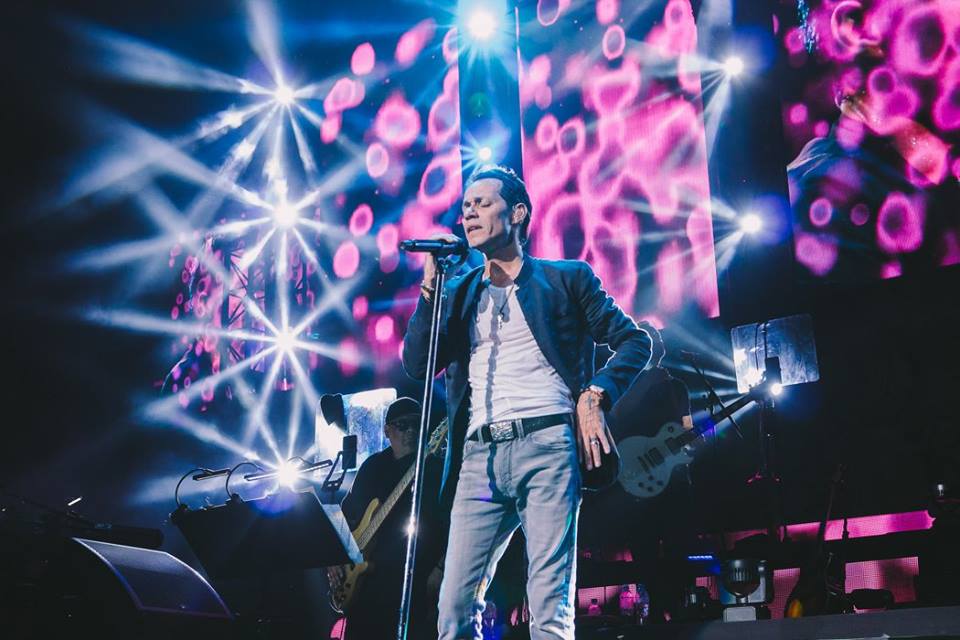 A full house packed into the 5,000 seat amphitheater in Altos de Chavón last Saturday night. It was Marc Anthony’s 2nd appearance in the last few months, having surprised spectators abound at the Juan Luis Guerra concert in December 2015. Dark clouds and a light drizzle over the afternoon threatened the sold-out concert but thankfully held off.

Marc Anthony took to the stage around 9 pm after a lovely instrumental orchestra prelude. He opened with “Valió la Pena” and fans took to singing every word thereafter throughout the night, as he continued with “Y Hubo Alguien,” “Hasta Ayer,” and favorites like “Flor Pálida” and “Contra la Corriente.” The Latin superstar expressed so much love for the Dominican Republic that night; it was apparent in his words and mannerisms. Giving what can only be described as an exhausting but exuberant performance, he filled every moment with energy and love. “One thing is to feel at home and another is to be home,” said the recent Casa de Campo villa-owner.

His wife, Shannon De Lima joined the children of Niños de Cristo in the audience watching Marc’s performance. Just two days prior, he and Henry Cardenas with Maestro Cares held a benefit for the Orfanato Niños de Cristo at SBG in La Marina. The children have always held a special place in Marc’s heart, and feeling the same way, the boys surprised him with a special treat to end the show!

Several of the Niños de Cristo, dressed in red t-shirts and black jeans, performed a choreographed dance to “Vivir la Vida.” The emotional singer could only muster out, “These are my children” while holding back tears. The night ended with “Tu Amor Me Hace Bien” after cries from the audience beckoned him to return to the stage. As Marc headed out of the concert venue, he stopped to give a special hug to the children of Niños de Cristo.

Fans undoubtedly had an AMAZING and THRILLING time at Marc Anthony’s concert, not breaking one minute to sit down. Just see from our VIDEO RECAP  here and relive all the fun!!!

Since 2015 was a wonderful year in every sense of the word, we had to end it the right way, and without a doubt that’s what happened last Thursday, December 30th, when Juan Luis Guerra & the 4.40 brought their iconic sound to the Altos de Chavón Amphitheater.