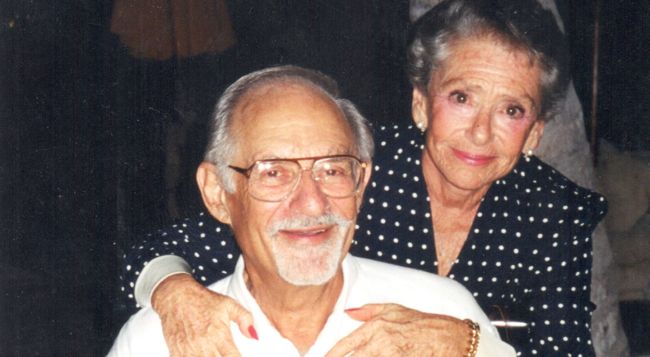 It is with great sadness, yet with fond memories that we bring to you the news of the passing of Alan Zelnick, a beloved member of the Casa de Campo community.

Alan was 82 years old when he passed away on the 22nd of April of 2013 at his home in New Jersey, a memorial service is his honor took place on Wednesday, April the 24th, at the Menorah Chapels, Millburn, New Jersey.

Born in Brooklyn, New York, Mr. Zelnick was raised in Freehold, New Jersey. He was a renowned international trademark attorney and was the managing partner and founding member in the firm of Fross, Zelnick, Lehrman & Zissu, located in Manhattan for 40 years, before retiring 10 years ago. Alan received his B.A. from Rutgers, his L.L.B. from Harvard Law School and a L.L.M. from N.Y.U.

Alan will be fondly remebered within the Casa de Campo community for his generosity and kind spirit. Elsa, Alan’s beloved wife describes the love of her life very simply as “a very special man, wise and kind and compassionate.”

The following tributes were written by Alan’s friends and neighbors of Casa de Campo.

“Some years ago, while walking in a hurry through Third Avenue, New York, I physically bumped into an elegant gentleman, suit and bow tie, coming out of an office building. Once we excused ourselves, we burst into laughter as we recognized each other. It was Alan Zelnick dressed as a lawyer and me also in a two piece suit! Those clothes did not belong to us! Alan belonged to the Caribbean, Alan belonged to Casa de Campo, Alan belonged to all of us here!

Only on reading his obituary, did we found out the extraordinary professional life and brilliant academic career of Alan. But with his low profile he would shine to us only through his eyes either telling a story or listening to one of ours.

Passing through El Ingenio and not seeing Alan anymore in his garden waving at us with his most disarming and friendly smile is something that invades us with profound sadness. As my son David said when he was just 4 years old ‘Daddy, people who pass away do not die as long as we remember them’, we say: Alan will live a long life in our hearts and memory.”

“Alan will always be fondly remembered for his gentility, sincerity and unpretentiousness despite his many talents and notable accomplishments. It is our great loss to no longer share his warm friendliness and companionship. Casa de Campo has lost one of its most honorable citizens.”

“Alan was an extremely accomplished man and he made the world a better place for having been a part of it. He lived his life with dignity, courage, honesty and thoughtfulness. May he rest in peace.”

“I always think of the phrase “a gentleman and a scholar” when I think of Alan. And Harry [Moscatello]! How they, along with Dom [Delaurentis], will be missed!”

“Alan Zelnick was a funny, warm, kind man. He was generous, could always be counted on for a donation. And welcoming, always inviting us to “just stop by”! He was kind to animals, helping La Romana’s strays. We looked forward to our dinners and discussions, which were always very interesting.

We really will miss Alan, he was one of the good ones.”