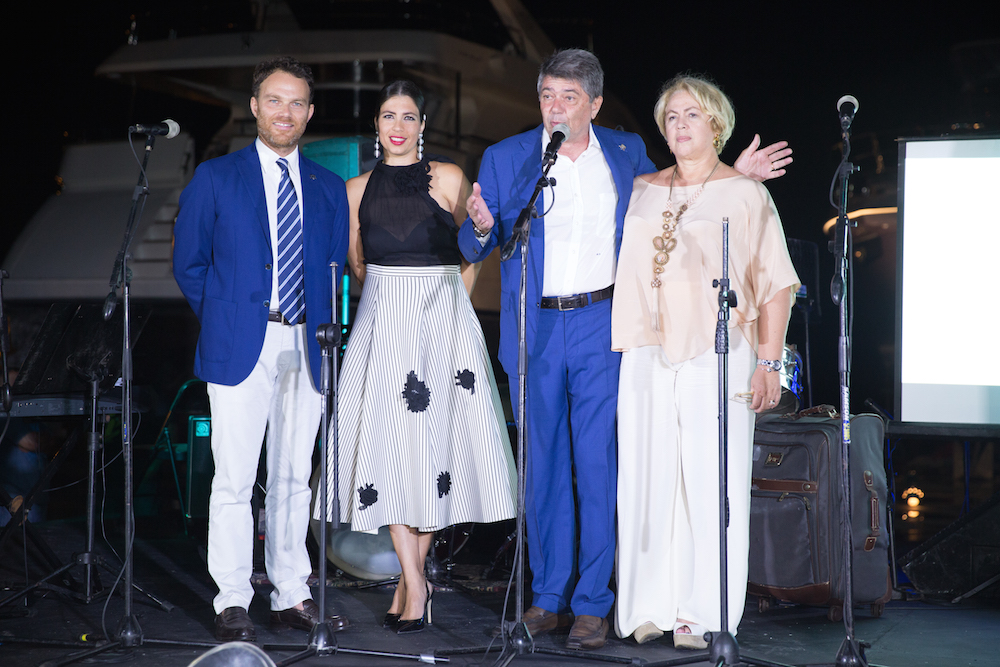 In honor of Flashback Friday, we’re remembering all the fun we had during I.B.C. Shipyard’s celebration of the company’s 15th anniversary on Saturday, March 4th with a party for its employees, yacht crew, and clients. The event celebrated at the Marina Casa de Campo in the I.B.C Shipyard, started with a few words from Mauro Caslini, president of I.B.C. Shipyard, who expressed his gratitude towards his many employees, some having been with him for over 15 years!

“I.B.C Shipyard came to the Dominican Republic fifteen years ago and is here to stay for many more years to come. We are grateful for your support, faith, and trust since the beginning. We are committed to doing our job and giving jobs to a lot of people,” expressed Mauro Caslini.

Employees with 10 years or more of service were gifted a plaque as a token of appreciation for their loyalty and the work they have done to augment the company to where it is today.  I.B.C Shipyard also thanked its suppliers, clients, financial entities and law firms who have believed in them since day one.

With all formalities out of the way, it was time to enjoy the food, drinks, and music! The event was catered by Pitiri, which included a delicious variety of cheeses, finger foods, and prosciutto. Plus, there was cake! Because what is an anniversary without cake?! Guests immensely enjoyed the acrobatic performances by Stage Art Studio by Alicia Campillo, wherein dancers spectacularly twirled through the air on suspended rings. A salsa dance followed by community member, Paola Colombo who encouraged attendees of the 15th anniversary event to get out on the dance floor! The live band and merengue orchestra, La Boba Band kept guests going until midnight. The fabulous event, hosted by Mr. Caslini and his family, was one certainly not to be forgotten. Congratulations on such a successful milestone!

See more pictures in the gallery below provided by I.B.C Shipyard of their 15th Anniversary held on March 4th, 2017: