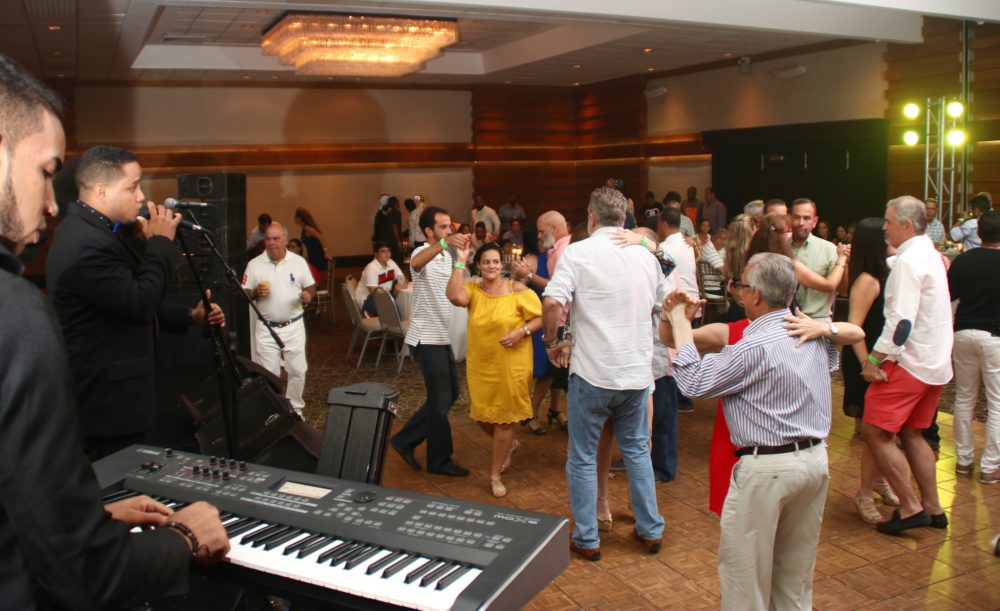 In honor of Flashback Friday we’re posting more photos from the 40th International Tennis Tournament, and specifically it’s gathering at the Flamboyan Conference Center last Saturday, September 2nd for participants and their families. Casa de Campo’s longest running tennis tournament comes with quite the honorable reputation and it seems like everyone we’ve talked to this past week has either played in the tournament or is very familiar with its loyal supporters! After all, Antonio Esteban has played in every tournament for the past 40 years!!!

The evening featured delicious hors d’oeuvres by Casa de Campo resort and music and entertainment by Orquesta Renacer, sponsored by Brugal. Guests were quick to get up on the dance floor to enjoy the tunes, and excitement topped the charts with some awesome giveaways. A raffle sent home lucky winners with a Tennis racquet by Wilson, TV by Makna, and a Soundbar by Samsmug! With tennis, it certainly pays to play! The finals and awards ceremony was held the following day at La Terraza Tennis Center.

Stay tuned for our next issue of CasaLife magazine where we reveal photos of La Terraza in development! So much has changed over the last few decades but the international tennis tournament continues to go strong!

All around fun at the 40th International Tennis Tournamet

If you weren’t at this past weekend’s 40th International Tennis tournament you missed out! What began with matches on Thursday continued with a Welcome Cocktail on Friday and matches every day of the weekend. The cocktail was among the coolest we’ve been to recently at La Terraza Tennis Center as they host more and more upbeat events to enjoy the sport. Read more here!