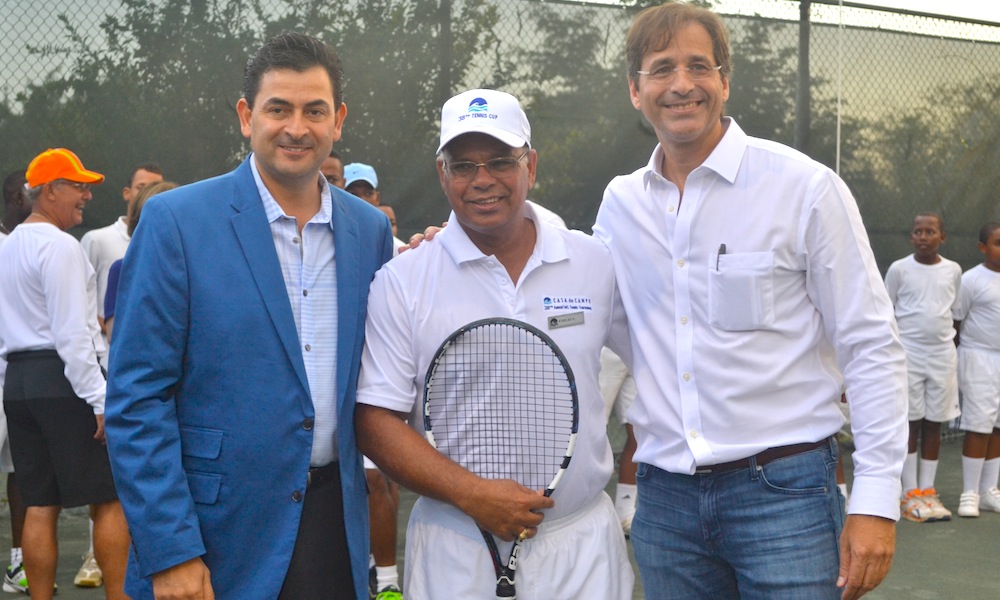 Casa de Campo will host its 39th International Tennis Tournament this September and we are excited to learn that it will be dedicated to Emilio Vásquez, the tennis legend who served as the Director of Tennis for over 35 years, holding a special place in the heart of our community.

Throughout his career at the La Terrazza Tennis Center, he has given tennis lessons to many prominent visitors, including Robert Redford, Bill Gates, the Bush family, Michael Douglas and more, and developed close relationships with many renowned personalities such as the late Oscar de la Renta who was an avid tennis player, and designer of Emilio Vasquez’ wife’s wedding dress when they married.

Last year, the tournament was in memory of the late Enzo Mastrolilli, founder of the Casa de Campo Tennis Cup. The category B tennis trophy is now known as the Vincenzo Mastrolilli Trophy. Mastrolilli worked hand in hand with Vásquez to run the renowned tournament for many years. Local and foreign players 21 years of age and older may play in the tournament which is now open for registration through August 31st. Typically around 200-250 players from approximately 10 different countries come together to compete in the singles and doubles categories, which begin on Thursday September 1st at 9 am and play through Sunday, September 4th with a closing ceremony at 2pm. There will also be a dinner gala on Saturday evening.

Daniel Hernández, General Manager of Casa de Campo Resort & Villas acknowledged the main sponsors of this tournament, the Central Romana Corporation and the Casa de Campo Hotel in a press conference and noted his excitement for the upcoming matches, “It’s really a special experience to see how families from around the world gather to share their love of tennis.”

We look forward to the 39th Casa de Campo International Tournament and encourage you to sign up!

Emilio Vásquez, Casa de Campo Director of tennis at the La Terraza Tennis Center is also an outstanding sportsman, who was recently honored by the Dominican Olympic Committee. Emilio was recognized for his outstanding participation in the XVII Central American and Caribbean Games celebrated in Santo Domingo from February 27th to March 13th 1974. Read more here!