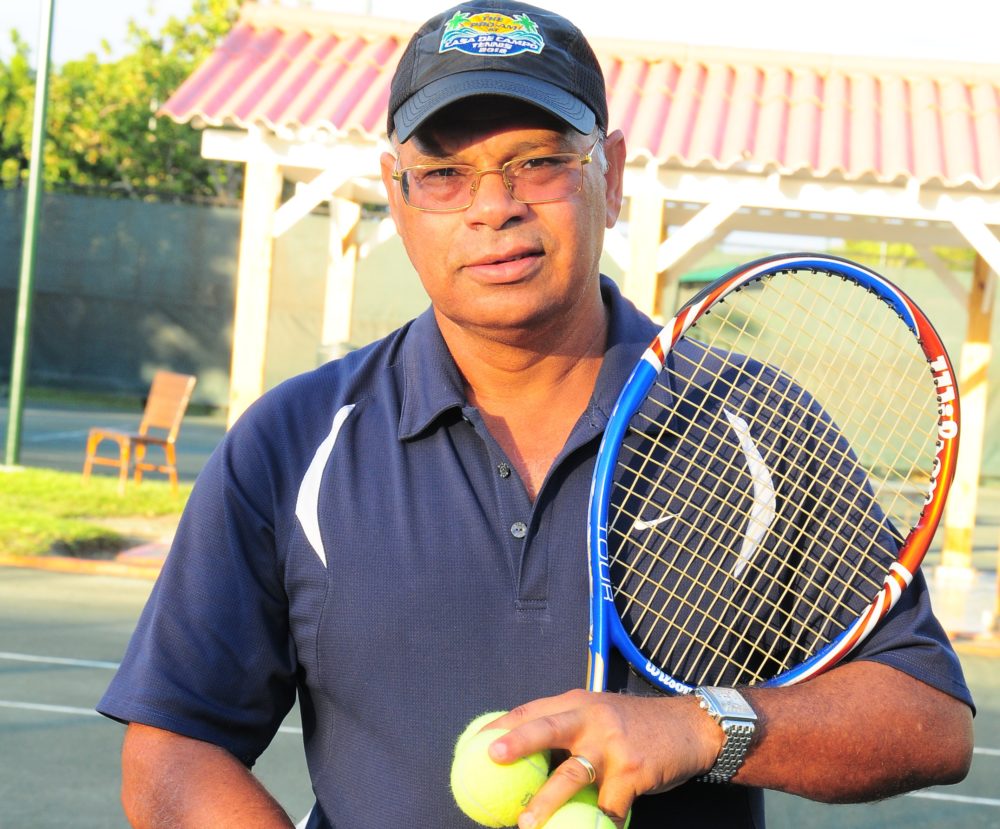 Emilio Vásquez, Casa de Campo Director of tennis at the La Terraza Tennis Center is also an outstanding sportsman, who was recently honored by the Dominican Olympic Committee.

Emilio was recognized for his outstanding participation in the XVII Central American and Caribbean Games celebrated in Santo Domingo from February 27th to March 13th 1974.

So many impressive achievements over the years motivated us to get to know Emilio a little better, so here we bring you an interview with this stelar athlete.

@cdcliving: What does this award mean to you?

It is a pleasure for me as an athlete to be recognized and have the years I represented our country in foreign shores be taken into account and valued. This is a recognition that makes me feel very proud. Other awards I have received, include; induction into the Deporte Vegano Hall of Fame in 1986, into the Dominican Sports Hall of Fame in 2005 and most recently into the La Romana Sports Hall of Fame.

@cdcliving: Why do you think you were choosen?

I was part of the 22 selected athletes, who participated in the XVII Central American and Caribbean Games in 1974, from those games, started the sports craze in the Dominican Republic, and then I started to become known at a national level and to reap the fruit of discipline and hard work. At the Central American and Caribbean Games of 1978 I became the first Dominican to win a medal in tennis. Also in 1982 we won a medal in Cuba for our country. So, I considered that they chose me for all the contributions and performance I have achieved.

@cdcliving.com: Tell us a little bit about your time at Casa de Campo:

I began in Casa de Campo with a 2 year contract, and thanks to the great harmony and hospitality of these people, I already have 34 years at service at the La Terraza Tennis Club. Throughout this time, I have made excellent bonds of friendships with innumerable amazing people, among these; the CEOs and owners of the Casa de Campo resort, as well as Central Romana. I also have had the pleasure of meeting people from around the world and giving them some tennis lessons, such as; Robert Redford, the Bush family, Bill Gates, Ivan Lendler, Manolo Orante, Michael Douglas, among others.

“I want to emphasize that Casa de Campo has been my second home, I am immensely grateful for the treatment that the Casa de Campo community has given me.”