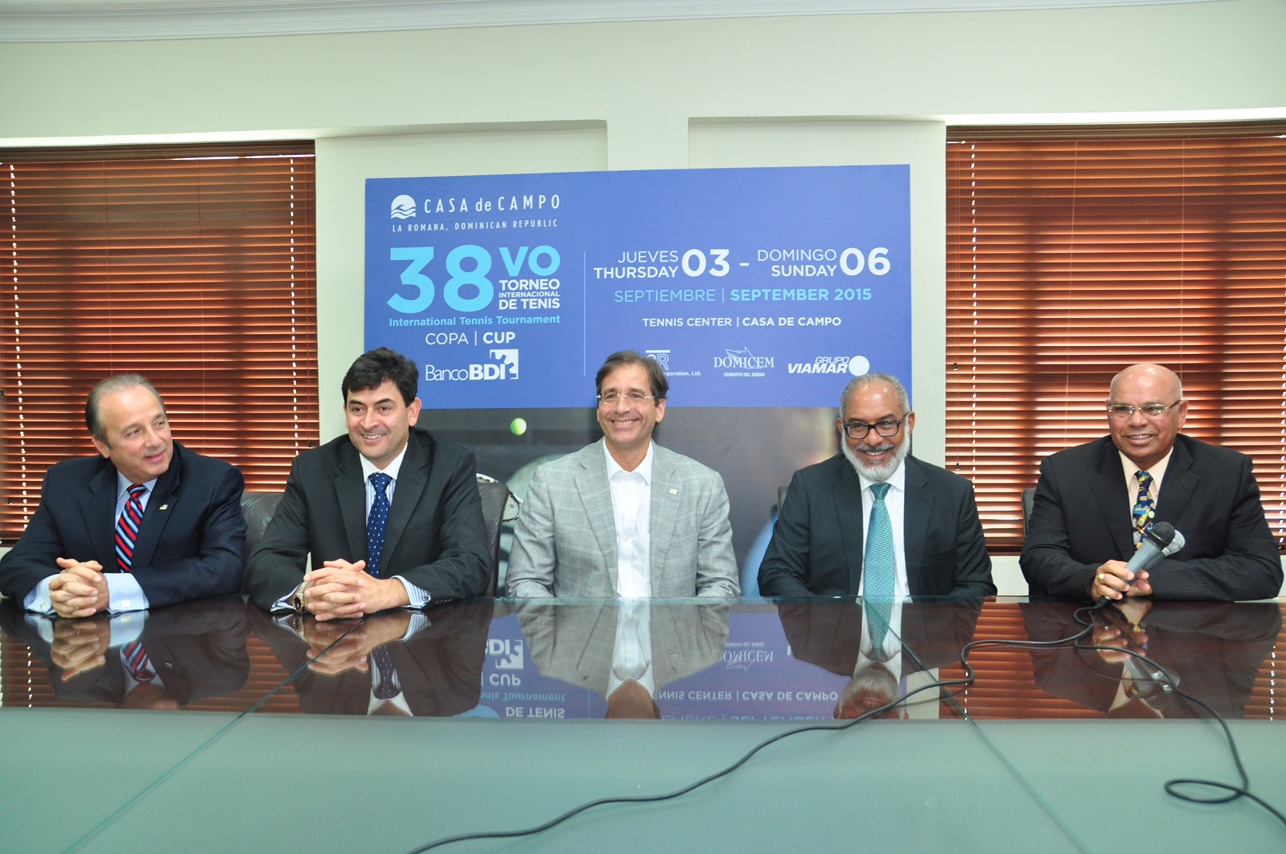 The 38th Annual Casa de Campo International Tennis Tournament “BDI Cup” will be held from the 3rd to the 6th of September at La Terraza Tennis Center located in the heart of the Casa de Campo Resort, with a special dedication to the memory of Don Enzo Mastrolilli, event founder, who died in December of last year.

All the details of the tournament were given by Emilio Vasquez, general manager of the event and Tennis Director of Casa de Campo, during a press conference on Thursday, August 13th at the auditorium of the Banco BDI, main sponsor of the event.

Emilio Vásquez, expressed that “for the Organizing Committee of our International tournament, it is a huge honor to dedicate the next edition of the event to Don Enzo Mastrolilli, who in 1978 put all his efforts and resources into the establishment of this annual tournament, originally called the Siboney Tournament, and this year celebrates its 38th edition. Don Enzo did not just start the tournament, but also played an active role every year, as chair of the organizing committee.”

[Click here to read more about the history of the tournament and Do Enzo Mastrollili, click here.]

Competing in the 38th Annual Casa de Campo International Tennis Tournamen will be players over 21 years old, in the categories B, C-1, C-2 and C-3, divided by age, in both singles and doubles in the male and female division.

The registration to compete in the 38th Casa de Campo International Tennis Tournament can be made at the La Terrazza Tennis Club in Casa de Campo. Talking about the registrations, Vasquez emphasized, “We expect the participation of about 150 players, including national and foreign players”. Traditionally, players who enroll on this tournament come from Puerto Rico, Aruba, Curacao, Bonaire, Venezuela and the United States (New York and Miami), and of course the Dominican Republic.

This year, the tournament is being sponsored by the Banco BDI, as main sponsor and like every year, the Hotel Casa de Campo and the Central Romana Corporation. Also sponsoring are Wilson, Domicen, Corredores de Seguros VIMA,  SRL, Viamar, and Cerveceria Nacional Dominicana.

When: 3rd to the 6th of September