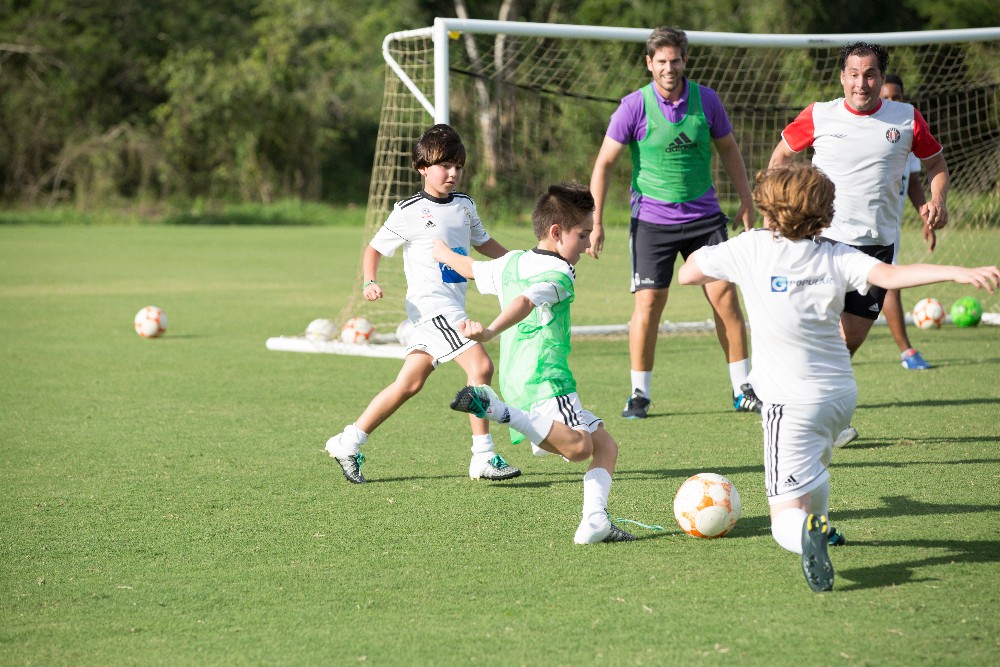 You’re invited to the inauguration of the third Real Madrid Soccer Campus in the Dominican Republic! Ever since Casa de Campo announced their alliance with the ARMID Foundation in 2017, the entire Casa de Campo community has been very excited about having such a prestigious soccer school in the Casa de Campo sports repertoire. The new year began with a new season of the Real Madrid Foundation School of Soccer and the opening of new permanent Headquarters in the resort.

The inauguration ceremony will see soccer icon, Emilio Butrageño who now he director of institutional relations for the Real Madrid, Mr. Carmelo Zubiaur Sanz, President of the ARMID Foundation as well as Óscar Díez Hernández who will be heading the school in Casa de Campo. This year the ARMID Foundation – Real Madrid Foundation has granted 20 scholarships to children from the Hogar del Niño and Fundación MIR who will be able to learn and train with the best.

Following their motto “Train like the best”, the School is designed to improve the players’ individual skills and the best global levels of technical – tactical methodological systems, with a group of certified trainers during the training sessions here at Casa. Plus, they will not only enjoy a great experience learning how to play football like their idols, but they also will share and learn their values: respect, teamwork, transparency, solidarity, commitment, equality, and motivation.

The ARMID Foundation – Real Madrid Foundation has been in the country since 2015 creating the first Soccer School in the entire American continent, and opening offices in Santiago and Santo Domingo. Real Madrid, one of the most recognized teams in world football, which through its Real Madrid Foundation and together with the ARMID Foundation, have worked together to contribute to those in need in the country, supporting various social causes and awakening the interest of children and youth in football, king sport in the world.

The inauguration will take place this Tuesday, March 10th at 4 pm in Casa de Campo’s new Soccer field which was built especially for the academy following “FIFA” dimensions and which also includes an automated irrigation system. This court is exclusive for football practice and is located near “Vereda” – which is near the polo fields. Guests will have a chance to talk with the representatives of the Fundación Real Madrid and learn more about the values by which the Real Madrid goes by, as well as the methodology that our kids will learn in the academy. Don’t miss out on this opportunity!