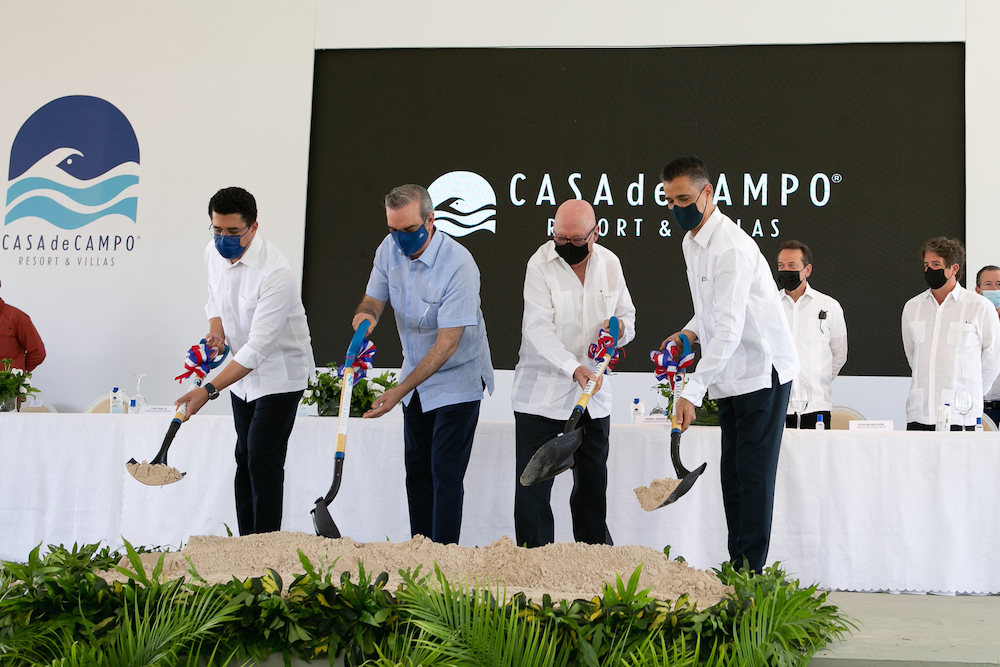 The investment exceeds US $ 90 million, as part of a development project that will be carried out in several phases and that will produce 500 jobs directly between construction and operations.

“The amount of investment in tourism, industry, commerce, free zones, which will begin in 2022, is an absolutely unprecedented event in the history of the Dominican Republic,” said President Luis Abinader. “Every time a hotel operation is opened, we have 1.2 direct jobs and at least three indirect jobs. In the free zones and industries, between 200 and 500 new jobs are created and there is no better public policy than job creation” added the president during the groundbreaking ceremony that started the construction work.

“It is a very important and special fact because it is the first time that they are expanding their hotel offer and that for us, first, shows the confidence of this group in the Dominican Republic, but it also shows the projections and optimism that is reflected in the hotel investment and the tourism sector,” said Abinader.

The new and spacious 76 m2 suite rooms, distributed in 4 two-level buildings, will have views of the golf course and will be equipped with the latest technology and amenities that the best of the hotel industry offers today.

The Spa center, which will have a construction area of ​​1,700 m2 with views of the central lake, will have all the world-class facilities and amenities such as a Hydrotherapy area, cabins for specialized treatments, relaxation areas, Café & Juice Bar, lounge of beauty and Bridal Suite.

“In these almost 50 years, Casa de Campo Resort has been one of the pioneers of traditional tourism and real estate in the country. We are very proud to continue developing the vision of our shareholders of the Central Romana Corporation, to continue adding numerous first-class services and facilities that continue to highlight our resort among the most emblematic of the Caribbean,” Andrés Pichardo emphasized in his speech.

“With these investments we continue to increase the value and quality of our resort, reaffirming that our exclusive offer of services satisfies the demand of the most demanding visitor, and with this, we continue to be a benchmark as a tourist destination,” highlighted Pichardo.

Casa de Campo Resort & Villas is the most complete resort in the Caribbean, with 5 golf courses under the signature of the famous architect Pete Dye. Among its other sports facilities it has the largest clay pigeon shooting center in the entire region, three polo fields, an Equestrian Center and thirteen tennis courts. Its Minitas beach club, the artistic village of Altos de Chavón and La Marina are an important part of the attractions for its visitors.