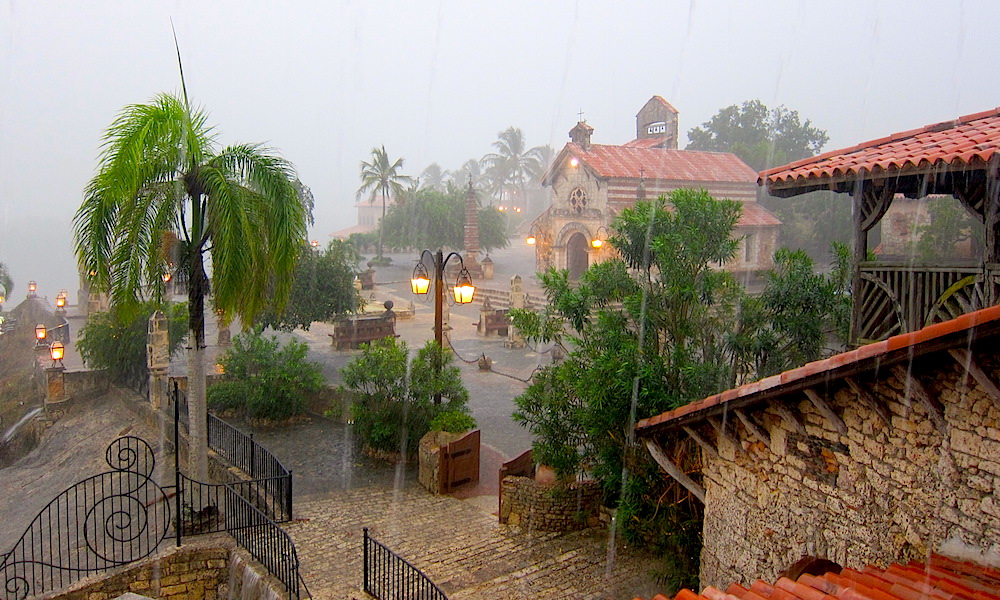 The 2020 “Hurricane Season” officially began on June 1st. Some of you might question how is that possible since it’s been so incredibly hot lately?! Well, coming into hurricane season doesn’t mean constant rain — it just means that when it does rain it’ll be stronger and more consistent than other times of the year. We plan on staying on top of potential hurricane developments as Casa de Campo can get hit hard at certain points of the year.

The Atlantic hurricane season extends from June 1st through November the 30th with the most ‘active’ months in the Dominican Republic typically being August, September, and October. September has proven to be the ‘peak’ month for hurricanes, tropical storms, and heavy rains. You’ll recall Hurricane George’s extensive damage within the resort that fell back in September of 1998. 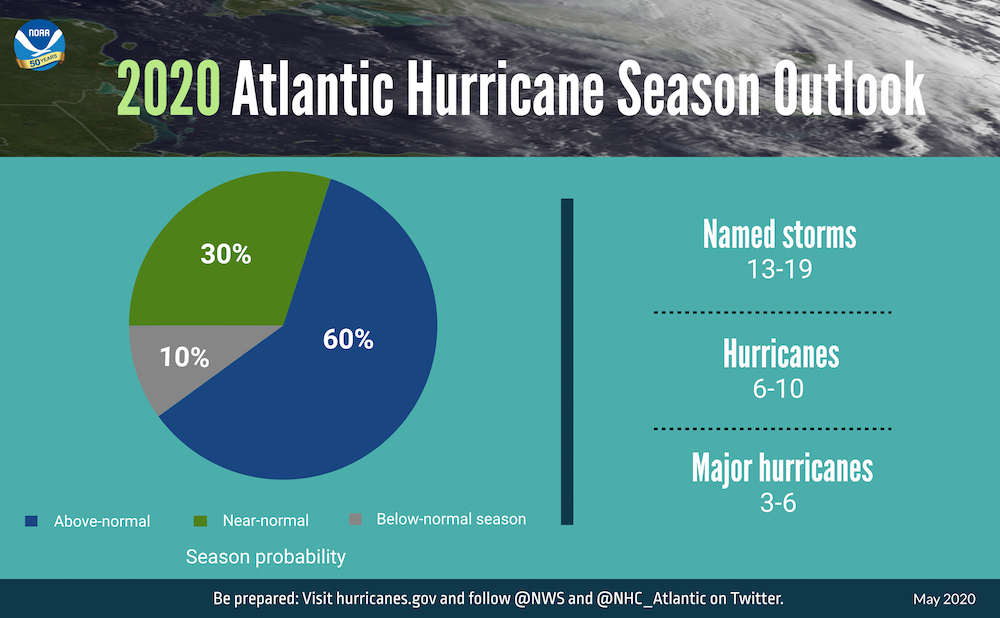 The National Oceanic and Atmospheric Administration NOAA issued its forecast for the 2020 Hurricane Season in the Atlantic, Eastern Pacific, and Central Pacific. An above-normal 2020 Atlantic hurricane season is expected, according to forecasters with NOAA’s Climate Prediction Center, a division of the National Weather Service. The outlook predicts a 60% chance of an above-normal season, a 30% chance of a near-normal season, and only a 10% chance of a below-normal season. NOAA’s Climate Prediction Center is forecasting a likely range of 13 to 19 named storms (winds of 39 mph or higher), of which 6 to 10 could become hurricanes (winds of 74 mph or higher), including 3 to 6 major hurricanes (category 3, 4 or 5; with winds of 111 mph or higher). NOAA provides these ranges with a 70% confidence. An average hurricane season produces 12 named storms, of which 6 become hurricanes, including 3 major hurricanes.

ONAMET, the Dominican Republics official meteorology office has reported the following: “The Director of ONAMET, Engineer Gloria Ceballos, explains that the most recent runs of the numerical models for the Eastern Equatorial Pacific show a neutral condition (absence of the El Niño and La Niña phenomena), but it is expected that at the end of the summer develop La Niña, which means an increase in tropical cyclone formations for the Caribbean Region. The engineer Gloria Ceballos, recommends that the Dominican population be attentive to the development and evolution of the atmospheric systems that are formed, especially to residents in vulnerable places, due to the amount of rain that a tropical cyclone could generate if it affects our territory.” 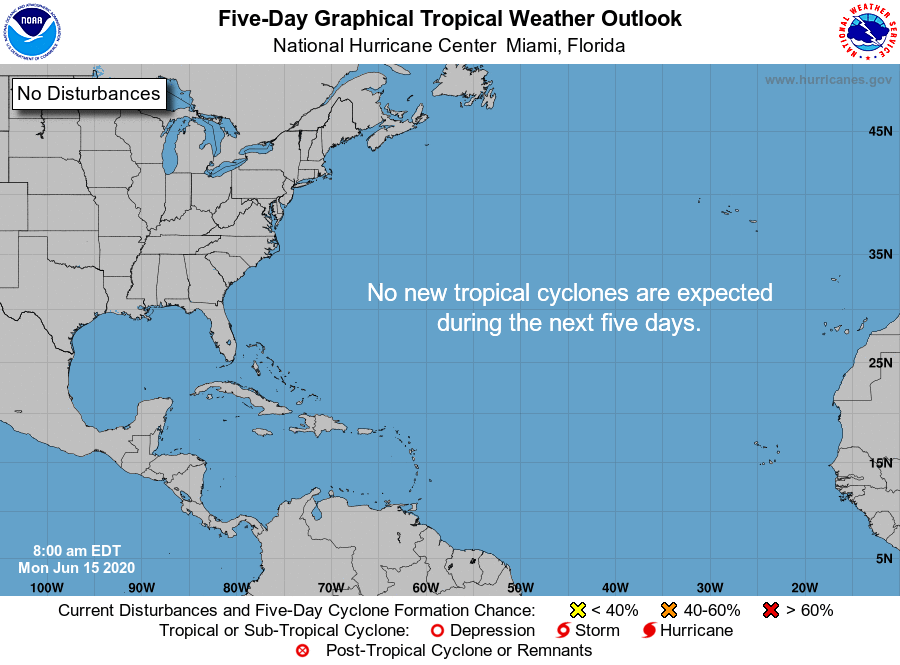 Casa de Campo Living also checked the forecast at the National Hurricane Centre and it reports that for the North Atlantic, Caribbean Sea, and the Gulf of Mexico no tropical cyclone formations are expected over the next 5 days (as seen in the map above).

While we are invariably affected by some bad weather associated with hurricanes passing typically in the North, they do not normally make landfall; however, it’s important to be prepared. The first named storm of the season, Arthur, occurred in earlier in May before the NOAA’s outlook was announced.  The names of the other named storms (11 in total) are Arthur, Bertha, Cristóbal, Dolly, Edouard, Fay, Gonzalo, Hanna, Isaias, Josephine, Kyle, Laura, Marcos, Nana, Omar, Paulette, Rene, Sally, Teddy, Vicki, Wilfred.

Hurricane preparedness is critically important for the 2020 hurricane season, just as it is every year. Keep in mind, you may need to adjust any preparedness actions based on the latest health and safety guidelines issued by our local officials.