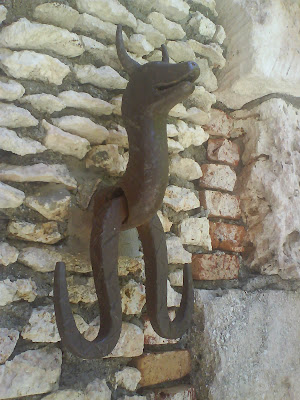 So it is clear that Altos de Chavon has been slowly getting some life back, with many new things seemingly on their way, in progress, about to start, etc.. Anyone who has ever spent time in the Dominican Republic knows that things simply take time.

Anyways, we had a reader (byrom4x) ask us recently (BTW – thank you for your comments!):

Do you know what happened to all the other restaurants at Altos ? Why were the all closed ?

The fact of the matter is that there is quite a lot of activity going on but as the right hand does not know what the left is doing, we’ll take a moment to give some details… of what we’ve seen, heard and speculate. Should more details appear, we’ll let you know.

For the moment however, here is a quick update on what is happening with the restaurants in Altos de Chavon.

Papa Jacks –There where rumors that this establishment was going to disappear. NOT TRUE. In fact, Papa Jacks has gotten a new lease on life after having taken a beating over the winter by nearby neighbor Onno’s. Nevertheless, Papa Jacks is doing well and will be undergoing an update / remodeling starting sometime in September.

The remodeling will (from what we gather) include a new deck outside and will be directed by Casa de Campo’s star Mayra Gonzalez, who is also responsible for La Casita and the Beach Club by Le Cirque. Food is already being served, and though we’ve heard some mixed reviews, our experiences have been consistently impressive. Oh yeah – they now also have FREE WIFI! 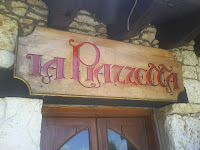 La Piazzetta – There have been rumors that this place has been closed, other rumors that it will be taken over by Le Cirque or other folk. After a little digging, we’ve been able to get an unofficial statement through the grapevine that La Piazzetta will in fact be open for the winter season and will be importing some top chefs from Italy to provide residents and guests with authentic if not spectacular fare. If the chef(s) they bring in are even half as good as those that they brought in last season – I will personally be enjoying dinner there every night!

Cafe del Sol – I understood that this restaurant was also closed for the season, but after passing by just yesterday we noticed that apparently the kitchen is being gutted. Something is obviously going to happen here. What though? No clue as of yet, but as this develops we’ll let everyone know. Hopefully this will be something fast, fun and inexpensive… or a lounge. The view from up there is simply amazing.

Ristorante Giacosa – Have not been here in ages, but it seems to be still open and doing well. 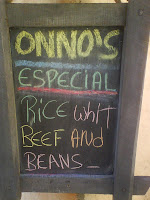 Onno’s Tappas Bar – Home of the fritti fritti fritti. When you need your fix of something a *little* less than healthy, this is the place to get your wings, nachos and a nice cold beer. Prices have been slowly rising lately, but overall the quality of the food has been consistent, the searvers plesant and the atmosphere casual and open. Lately though we’ve noticed a decline as more of the regulars seem to be returning to Papa Jacks. Good to note, Onno’s has free WiFi.

Club Onno’s – Some time ago we had heard that the Club was going to be undergoing a huge remodeling and facelift. The plan was to make this club the most happening and exclusive spot this side of the island. So far though, construction has not started. Once we can confirm what’s going on, we’ll post a little something. Maybe even a few images.

Melissa’s Pastry Boutique – Not sure if this is the final name, but where once stood the Sombrero’s tequila bar is now coming Melissa’s Pastry Boutique. Melissa Abusada, former start pastry chef from Pepperoni is opening a boutique where one will be able to get fresh bread and pastries, fresh juices, good coffee, mini bottles of campaign and a lot of other little guilty treats. Melissa’s should be open by end of September, and we simply can’t wait!

Le Boulanger – Still open. Consistent. Defiantly has the most attractive serving staff in the Altos de Chavon, if not in all of Casa de Campo… though the food is what it has always been, simply inexpensive and fast. Its where most students have traditionally gone for lunch.

Casa del Rio – Mum’s the word on this one. No one seems to know what is going on with this incredible location. No activity has been reported in the area.

Starei – This place is closed. What will follow we have yet to hear any confirmation, though rumor has it that it will be either an Indian or Dominican Restaurant.