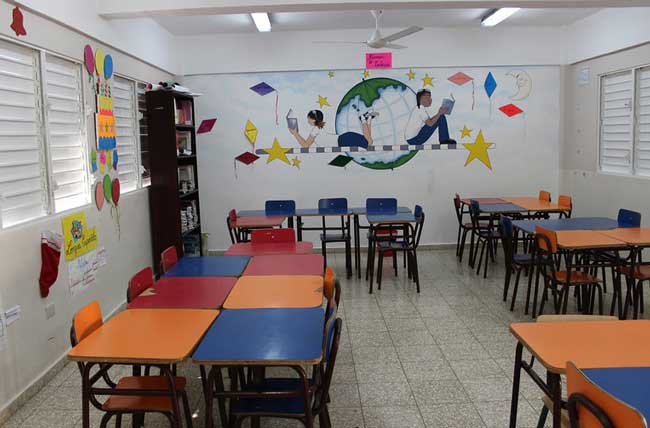 Full school days for all students

President of the Dominican Republic, Danilo Medina last week announced that from August this year all schools in the country will he open on a full-day basis, a step which he believes will allow the country to become a “more developed nation.”

“The extended day, is going to guarantee a breakfast, a lunch and a snack,” said President Danilo Medina when talking about the full-day schools, which will be open from 8am to 4pm.

“We believe in resolving all bilateral issues through dialogue, which has achieved historic results so far,” said Laurent Lamothe on Twitter (@LaurentLamoth)

The dialogue is expected to take place in the Haitian resort town of Jacmel.

Dominican and French armed forces just finished an 11 day training exercise “Dune 2014” at the Calderas Naval Base in the Peravia Province in the south of the Dominican Republic.

An annual event for the last 9 years, the “Dune” exercises focuses on tactical, land and amphibious operations for the navies of both countries to confront threats against regional security.

Minister of health in the Dominican Republic, Freddy Hidalgo issued a warning that an outbreak of chikungunya fever is possible.

Cases have been detected in San Cristóbal (south) and San Pedro (east). The chikungunya virus is spread by the Aedes aegypti, mosquito, the same one which causes dengue, and the illness is characterized by fever followed by severe joint and muscular pain.

Executives of Hite Jinro, a brewery from South Korea were in the Dominican Republic recently investigating the possibility of exporting Dominican beer to Korea.  President of the Dominican Republic, Danilo Medina received the business leaders at the National Palace, and they also met with Economy minister, Temístocles Montas.

“In the coming weeks we’ll hope to see Cerveza Barceló beer placed in shopping malls, and their idea is, in addition to imports, to install a brewery in Dominican Republic,” announced Temístocles Montas.

This initiative will also involve exporting Dominican beers to a number of other countries in that region.

Some of the most famous beer brands produced in the Dominican Republic include; Brahma, Presidente, Bohemia and Quisqueya.