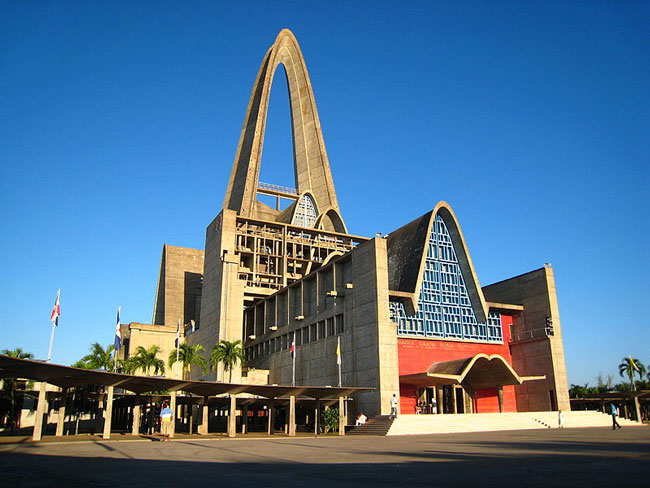 The day of the Virgen de Altagracia, is celebrated annually on January 21st, and each year thousands of faithful devotees of the Virgin travel from across the Dominican Republic to the cathedral in Higuey (the Basílica de Higüey), to worship, to pray and ask for health or miraculous protection.

The Virgen de Altagracia is considered the Queen and Protector of all Dominicans. Since the Dominican part of the Hispaniola island was first colonized by Spain, the Christian-Catholic religion is dominant here. “Altagracia”, meaning grace, was the name given to the Virgin by the Catholic church in 1502, when two Europeans who arrived in the Dominican Republic on the first trip. These 2 Europeans; Alfonso and Antonio Trejo, brought with them an oil painting of the Virgen de Altagracia.

When they later moved to Higuey, (only one hour away from La Romana), the painting was offered to the town’s church for worship and today it is still there! Later, the Catholic church decided that a special mass would be celebrated for the Virgen de Altagracia on January 21st.

During the government of Horacio Vasquez (1899, and between 1902 and 1903) a law was adopted by law that declared January 21st a non-working day – a national holiday and religious celebration throughout Dominican Republic.