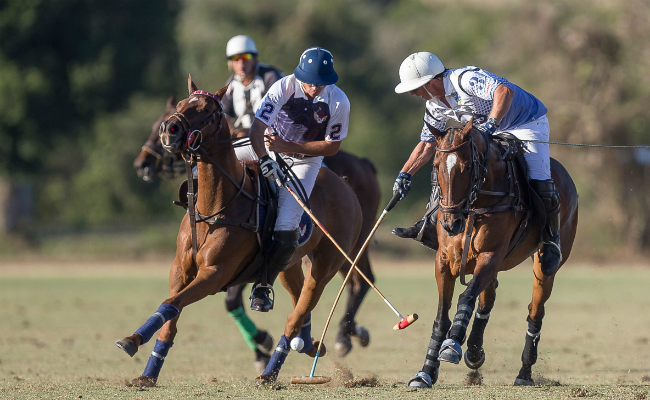 The semifinals lived up to the expectations of all prognostics: Cinque Terre, the reincarnation of Test Drive put on and incredible display against Agualinda, in a riveting semi-final at Casa de Campo. Novillo-Astrada scored 6 goals including a hat-trick on the 5th. Gaston Lisioli returned to play for Agualinda on fine form but it was Donoso that took away MVP for his contribution of 5 goals to Pelon’s 4 that gave Agualinda the edge over CT and took them through to the final this Saturday, despite the Italian team’s best efforts, and 11-9 was the final score.

Later on, La Carbuccia fought valiantly against Lechuza but all cylinders were firing for the defending champions. Jauretche and Collarden fought back and between them notched up 7 goals. The genius of Juan Martin Nero was rewarded with 5 goals and Victor Vargas 1. Bete Donovan was superb for the ailing Carbuccia, and that got him the well deserved MVP award, scoring all of his penalties and powering balls up to the front, but despite the full throttle commitment of Brané and Zorilla La Carbuccia were defenseless against the finely tuned polo machine of Lechuza, an appalling victory by 13-7.

The finals will take place at Casa de Campo on Saturday, 27th February, from 14:30 onwards. Before the final, you will be able to enjoy the subsidiary final at the first time slot. The actual final will occur at 16:30. This thrilling battle between two very close teams will be live streamed on pololine.tv and broadcasted on ESPN.