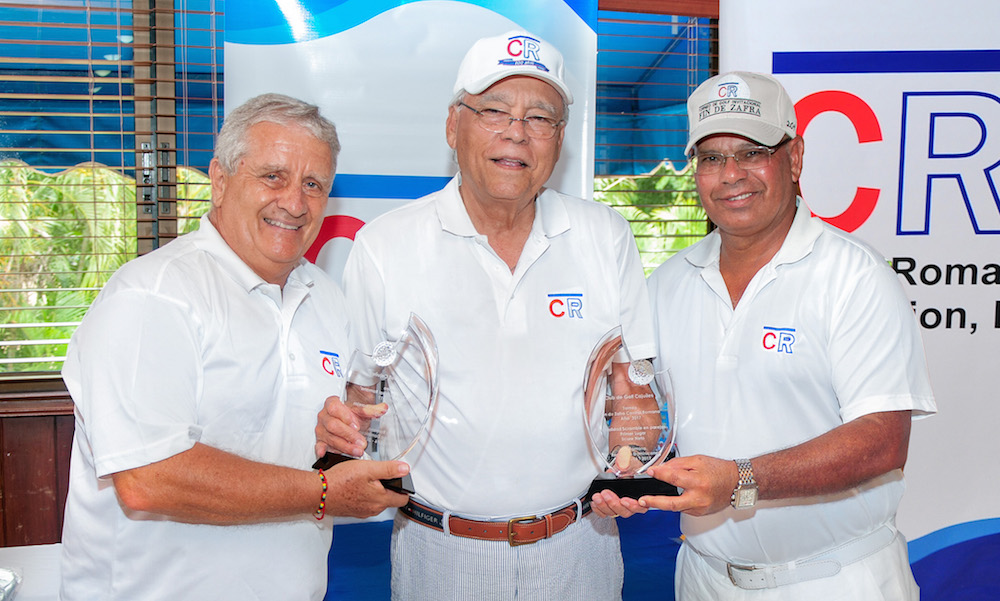 More than 60 players participated in the sporting event that has become a traditional affair of the Central Romana Corporation after finalizing its sugar harvest, and is organized by a special committee of the Cajuiles Golf Club in this city. The second place, established by card comparison, was reached by the team including Narciso González and Luis Escolástico. In third place, with 61 net points, was to Miguel -Miki- Flaquer and Dr. Abel-Cayo-González.

Special prizes were also awarded for Closest to the flag, achieved by Emilio Vásquez on the 16th hole, and by Ramón Cruz on the 8th hole. The most accurate drive was achieved by Alberto González. A special hole-in-one recognition was given to Tommaso Cutri who achieved this at the 13th hole of The Links. The awards lunch was held at the Club Caza y Pesca Romana, where all the participants were able to spend some time with friends and talk about this year’s experiences.