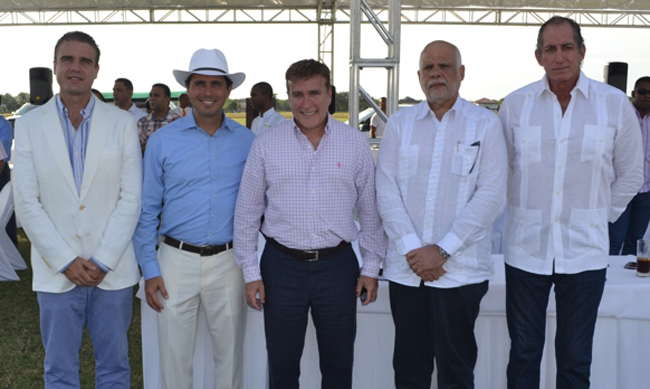 Last Sunday December 14th, the Casa de Campo resort played host to the finals of the FIP World Cup Play-Offs, one of the world’s most important polo events.

Having selected Casa de Campo as host for the 3rd time, the Casa de Campo Polo Club, under the direction of Calixto García-Vélez, polo legend, director of polo and manager of sports for The Sporting Life, planned and executed a world class gathering, uniting the best polo players of the Americas.

And so on Sunday December 14th, with the crème de la crème of the Casa de Campo society in attendance, team USA rode out against Mexico, in a match which to decide who would progress to the FIP World Cup finals being played in Chile in March of next year.

Riding out for Mexico was  J.J. de Alba, Alejandro Gonzalez, Vale Aguilar and Julio Gracida, while competing for the USA was Will Tankard, Mason Wroe, Patrick Uretz, Felipe Viana, Jared Sheldon and Jesse Bray, led by the coach Joel Baker. From the start the match was fast, furious and nail-bitingly tight… that was until the end of the 3rd chukker, following which the US team streaked ahead with 6 consecutive goals and galloped to victory over Mexico.

Very happy to have watched the US charge to victory was Ambassador James Brewster, who was joined by his partner, Bob J. Satawake. Also in attendance was Ramón Menéndez, executive vice-president of Central Romana; Alfonso Paniagua, vice-president and administrator of Costasur Casa de Campo and Rafael Torres, president of the Casa de Campo resort.

During the finals, the Casa de Campo guests were treated to a luxury ambience, created by Nelson Garcia with Events Destination Management, and sponsored by Johnnie Walker.

The following collection of photos were taken by Alejandro Heredia during the finals of the FIP World Cup Play-Offs in Casa de Campo: