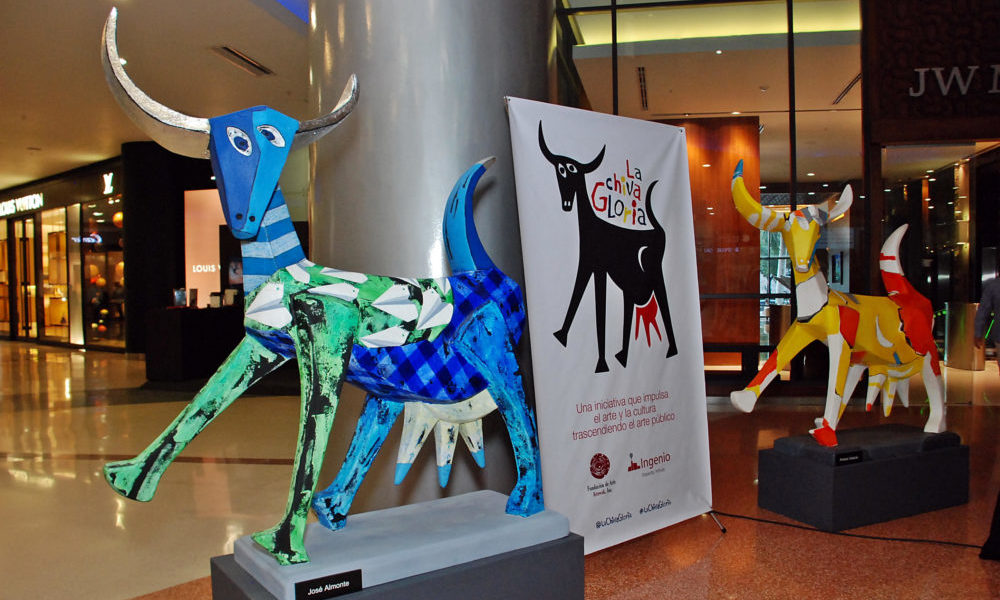 Continuing with its cultural route, TONIGHT, March 4th at 7:00 p.m., the project “La Chiva Gloria” will be presented in the Aldea Cultural Santa Rosa de Lima in La Romana. The project of “La Chiva Gloria” is an initiative of the Arawak Art Foundation and the master of plastic art, Antonio Guadalupe. Its fundamental purpose to bring art to the public, promote our values and our culture, encourage cultural tourism and patronage, and to promote artistic education and creativity as factors of social transformation.

Companies interested in being part of this innovative project can participate by sponsoring La Ruta de Gloria, buying one of the large sculptures, or buying the small fiberglass chivitas, painted by the same artists, in limited edition. The funds generated by the sale of this project are destined for the support, development, research and diffusion of the visual arts.

The opening cocktail is TONIGHT, Saturday March 4th at 7:00 p.m in the Aldea Cultural Santa Rosa de Lima. While on display, workshops will be held on painting and creativity for children and adolescents with dates to be announced later.

“La Chiva Gloria” has its spaces in social networks, both on Facebook and Instagram under the name of @LaChivaGloria, in which it actively participates as a cultural reference.

The Aldea Cultural Santa Rosa de Lima is on the left immediately as you cross the bridge over the Salao river entering La Romana. It is a white building which looks a little like a fortress (hence the former name – La Fortaleza). To get to it you need to be on the side of the road heading back out of La Romana, before crossing the bridge you turn right and cross over the railway tracks.

The Arawak Art Foundation is a private non-profit institution founded in 1993 by Mildred Canahuate with the purpose of contributing to the strengthening, research, and appreciation of the visual arts as an indispensable element for the integral development of Dominicans through its programs of animation, training and cultural diffusion: exhibitions, courses, workshops, conferences, competitions, art fairs and cultural walks, among others.