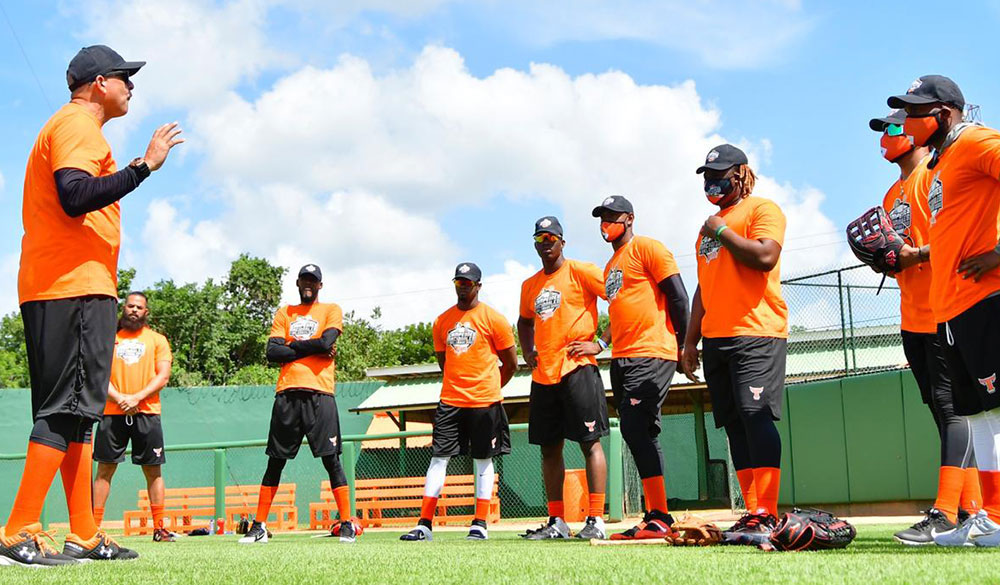 Hear ye baseball fans! Are you ready for this year’s Baseball Season?? Just a few weeks ago the Toros del Este started their training for the new winter baseball season in the Dominican Republic after all the players tested negative for Covid-19. Lino Rivera and his team of coaches received the players at the Francisco Micheli Stadium and began the practices divided into groups, to avoid crowds of the almost 40 players who gathered on the first day.

“I’m very happy with what we saw on this first day, the guys were eager to be here and they have set a tremendous example on and off the field,” said Lino Rivera, Manager of the Year last season at LIDOM.

The Toros del Este was scheduled to hold six preseason games with the idea of ​​strengthening their preparation for the start of the baseball season, the last few being canceled due to the rain. The 2020-21 season is scheduled to begin on Sunday, November 15, that day the Toros start defending of their title at the Francisco Micheli Stadium where they will receive the Estrellas Orientales.

This year things are slightly different in the sports world as we are sure you’ve seen in international tournaments. The Toros del Este announced this Monday that they will have photos of their fans in the seats of the Francisco Micheli Stadium, as was done in the just concluded Major League season.

“It is a shame that at least at the beginning of the season we cannot have fans in the Corral, but with this, we can offer a special experience to the bullfighting fans who were so important last year in the achievement of our titles,” said Jorge Sturla, executive vice president of the Toros at the time of the announcement. To ensure their space in the stadium, fans should send a half-length photo with a white background and high resolution in JPG or PDF format to the email [email protected], preferably with a T-Shirt or jacket of the Toros del Este.

The cost of having the photo throughout the regular season will be RD $1,500 and those fans who live abroad will have the facility to pay in dollars, according to the rate of the day. The preferable form of payment will be transfers or bank deposits but you can also pay in cash or with direct credit cards at the bullfighting offices in El Corral. Those who require more information can call 809-556-6189.

So baseball lovers, get ready to don your orange outfits and cheer for our local baseball team even if it’s from your home! If you are not a baseball enthusiast, and just here in the country during baseball season— it’s just a matter of time before you are also cheering on your favorite team!