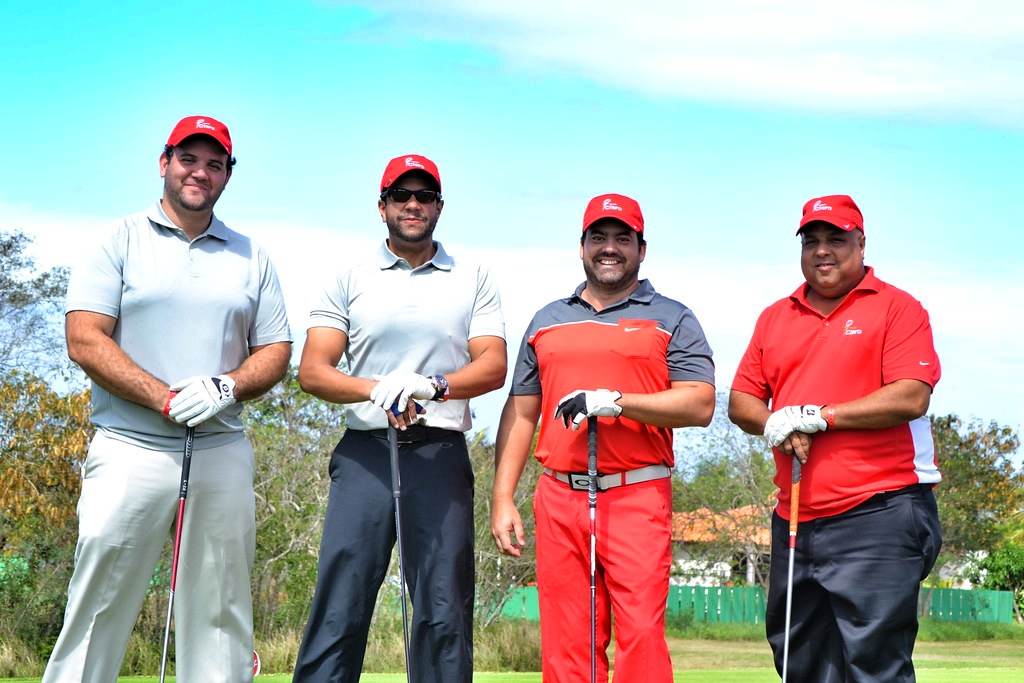 Last Saturday March 14th, the La Romana Country Club golf course had the honor of kicking off the 8th edition of the golf series “Tour Claro” as the host of the first stop of this annual tournament.

The tournament was played in the Best Ball Team format with the participation of more than 120 golfers, competing for a spot in the “FedEx Cup”, the concluding event of the tournament series to be played at East Lake Golf Club in Atlanta, Georgia, United States.

To kick off this exciting golf tournament, Sharif Quiñones, Promotions Manager for Claro Dominicana, greeted and welcomed all the happy golfers, while Walter Schall had the honor of symbolically teeing off the contest at 8am. Following which more than 100 players from around the Dominican Republic headed out onto the La Romana Country Club golf course in Casa de Campo, and enjoyed an excellent morning of golf.

The team formed by Marcel Olivares and Cesar Rodriguez achieved the Best Gross Score, in the A category with 68 strokes. Meanwhile the first place net in the A category was for the team formed by Ramon Reyes and Joaquín Montero (-5), while the second place went to Julio de Jesús Malagon and Enrique Rodríguez (-4) and Maireni Bournigal and Jorge Medina (-3) were placed in third place.

In the B category the most prominent players were Marlo Bonelli and Carlos Baez (75) who finished with the Best Gross Score of the group, while Raúl Contreras and Vicente Cruz (-8) took first place net, second place was for Teodoro Reyes and Valentin Martinez (-6) and the third was for Erwin Felix and Federico Mendez (-4).

The prize giving-ceremony and the raffle took place at the La Romana Country Club and the special prizes were won by George Riley, Teodoro Reyes and Oscar Apeztegue. Teodoro Reyes left the ball 28 inches from the line, winning the most accurate drive, George Riley won the longest drive with a distance of 366 yards and Oscar Apeztegue won closest to the pin with a distance of 4 ft.

The “Tour Claro” will now continue around the Dominican Republic with tournaments planned for Las Aromas golf course in Santiago on May 23rd; then on June 21st the golfers will be playing the third stop at the Santo Domingo Country Club; on July 25th the Punta Espada golf course will be the fourth stop; and the fifth will be on the Corales golf course on August 29th. Winners of all stops will participate in the Tour Championship, which is the last event of the FedEx Cup, and will be played at East Lake Golf Club in Atlanta from from the 24th to the 27th of September 2015.

The following collection of photos were taken by Alejandro Heredia during the Tour Claro 2015, played in the La Romana Country Club golf course, on Saturday March 14th:

The winners and results of the Claro Golf Tour are as follows: