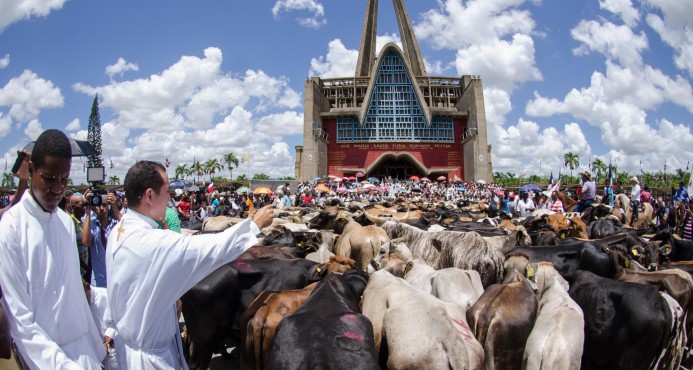 The Brotherhood of the Bulls is an old institution from Higuey that originated to contribute to the celebration of the Virgen de la Altagracia on January 21st, after their victory in the Battle of the Real Savannah or Lemonade, in 1691. It is said that in order to help with these celebrations everyone would provide a bull. The brotherhood was created to collect these animals, and its members went from farm to farm gathering them. The practice continued for many years until it disappeared during the Haitian occupation from 1822 to 1844. It was only in 1916 that the brotherhood was restored!

This second period of the Brotherhood of the Bulls began in Higuey with Father Felipe Sanabia, but it was Father Tomas Nunez who made this organization what it is today, establishing it in Bayaguana with the offering of “The Holy Christ.” Bayaguana is where the procession begins, and it ends in La Basilica of Higuey on August 14th. This coincides with the celebrations of the Virgen de la Altagracia as it falls on the anniversary of her coronation. 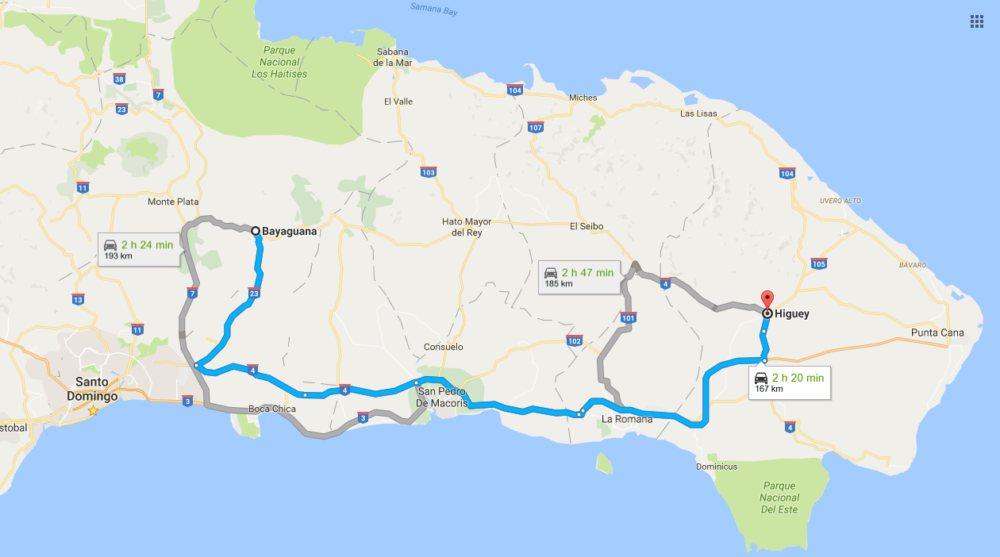 This year, the pilgrimage left Bayaguana on Tuesday August 9th, and has been making several stops. The first of which was approximately 12 hours away in La Sierra in Hato Mayor. The following day, Thursday August 11th, the second stop fell in La Guajaba (also in Hato Mayor), and then Santa Lucia in El Seibo. Today, Friday August 12th, they arrive at La Enea, in La Altagracia; and tomorrow will be in Santana, La Altagracia where all the bulls are kept after they are given to the collectors who started retrieved them from donors in May. There, every member of the procession participates in a mass at 4pm led by Mons. Gregorio Nicanor Peña Rodríguez. Throughout the night, followers perform wakes, pray, dance to folk music and make a true party of mixing religion with human values and popular culture. Below shows a video from the youtube channel ProvinciaAntillense of the 2012 pilgrimage:

Finally on Sunday August 14th, everyone will be at Salvaleon de Higuey, La Altagracia arriving at la Basílica Nuestra Señora de la Altagracia around 10:00AM where the priest will bless the bulls and all those present. Every year, the bulls are delivered to the Catholic Diocese of La Altagracia and are auctioned at the Agricultural Fair in the Eastern Region where the the money raised is used for social work performed by the church. Last year 306 bulls were donated. 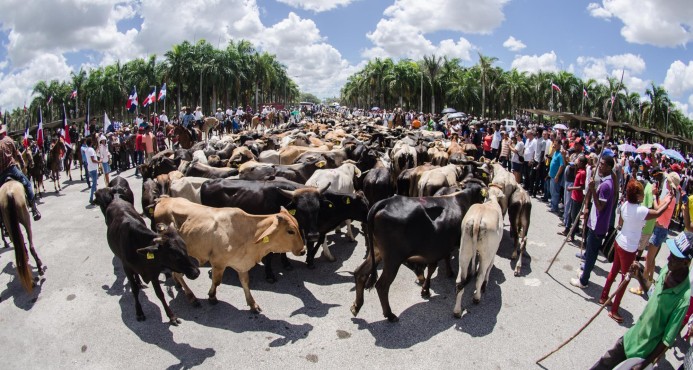 This pilgrimage becomes a  testimony of faith, since people walking and riding distances defy all the odds in order to make it to their destiny. It is something seen often in this country, due to our faith and devotion to the Virgen de la Altagracia. It is this faith that leads us to ask for favors and help, and going to Higuey is just a way to thank our Virgin Mother for her kindness towards us.

It is always interesting to learn something new, and even more when it’s a part of our culture. You can join this celebration by going to Higuey this weekend and witnessing the festivities first-hand. Just 20 minutes away! There is also an ongoing exhibition in the Museo de la Altagracia, “Camino al Santuario” by Cristóbal Rodríguez which illustrates some of the festivities mentioned here and more. Don’t miss that while you are there! In addition, an upcoming documentary produced by Larimar Films, “Camino a Higüey” will soon debut on September 1st that follows this pilgrimage and showcases stories of the devotees. 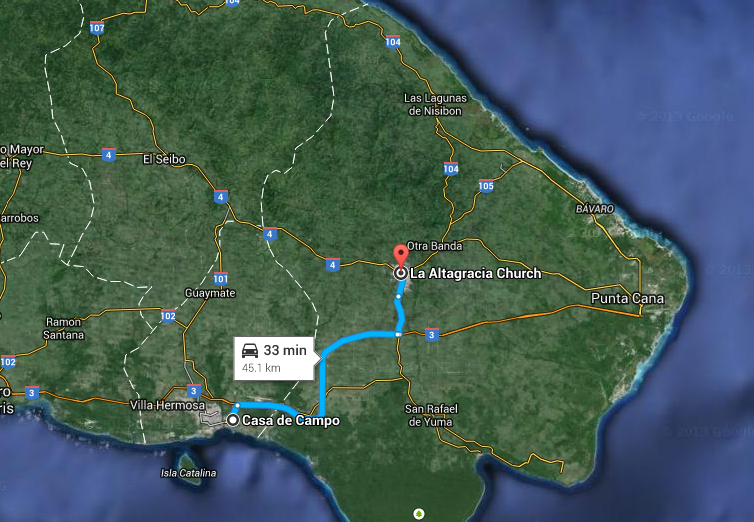