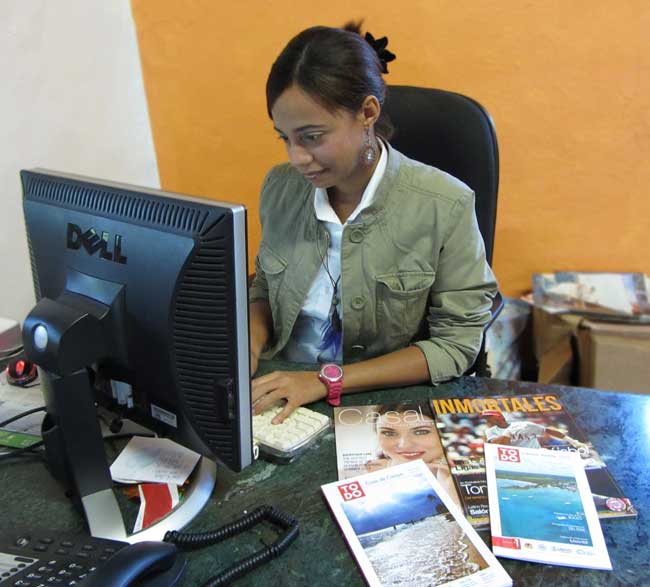 Without her, the team is not complete. Every morning she rises from her bed “recharged” to start a new day.

She leaves from her home in the center of the La Romana town to go to her job, which she’s been doing with great enthusiasm by the last five years.

Her work is varied … reviewing the agenda of the “jefe” (boss), assisting – among others! But there is no task to difficult to remove her beautiful smile every day.

We are talking about Rosanna Ramírez Castro, our Administrative Assistant. And today, in her day, the team Silgon Inc. recognizes her job and wishes her congratulations for her devotion and dedication to her work.

Rosanna is one of hundreds of secretaries who are part of a team in Casa de Campo and the thousands working here the Dominican Republic.Congratulations to all!

So where, why and when did Secretary’s Day start?

Although it´s not fully confirmed, it is believed that this day was first organized by the National Secretaries Association (now known as the International Association of Administrative Professionals) in 1952 in the United States. The celebration was called the “National Secretaries Week” and was created in conjunction with public relations executive Harry Klemfuss and a consortium of office product manufacturers.

In recent times the role of secretary has been more advanced and is no longer associated with a typewriter, but the computer screen. As technology advanced, so does the role of the secretary, no longer someone who “listens, writes and is silent”, secretary’s today play a more and more active and important role for the companies they represent.