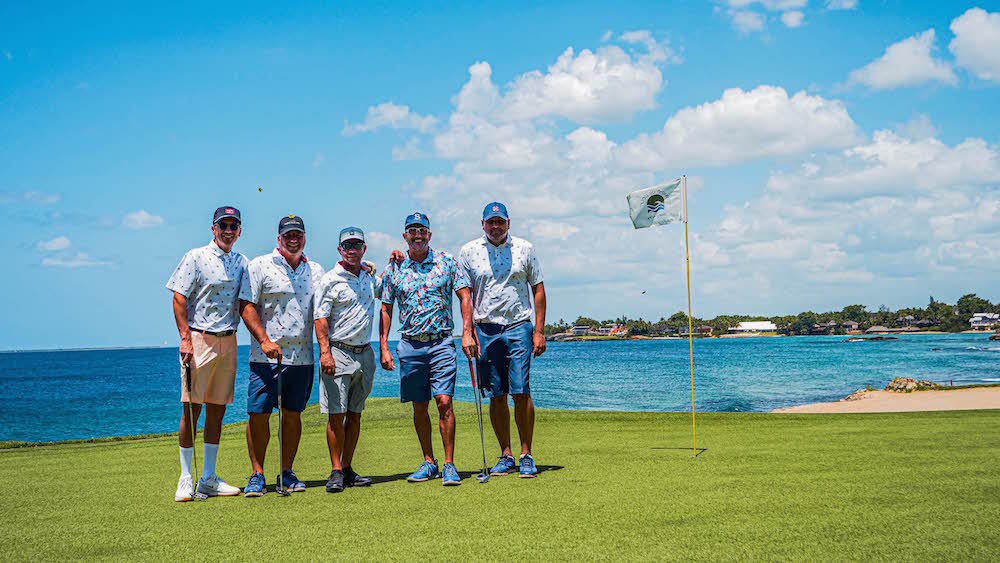 More than 125 players gathered in a new edition of the Latin America Pro Am organized by Casa de Campo that ended on August 13th at the # 1 resort in the Dominican Republic. The championship, which has already become a classic on the Caribbean golf calendar, was attended by prominent professionals, including Argentine Alan Wagner (member of the Korn Ferry Tour), who won rounds of 68 and 65 strokes in the Pro category.

Such was the success of this seventh edition, that the organizers had to add the spectacular Dye Fore in the rotation of the three rounds in an event that has as its main venue the iconic Teeth of the Dog.

“I want to thank Casa de Campo and especially its Head Pro, Manuel Relancio, for the wonderful event and the overall impeccable state of the Teeth of the Dog and Dye Fore. It was a real pleasure to be part of this unique event in an incredible place in the Dominican Republic,” said Alan Wagner, after becoming champion among professionals.

For his part, Manuel Relancio added: “Hosting a tournament like this is something that fills us with pride. I thank all my colleagues who came to play and all the amateurs who are the key for this championship to continue to grow year after year. Everyone’s experience was very positive and I’m sure they enjoyed it from the first minute on and off the course.”

The next big event on the Caribbean golf calendar will be the now traditional Casa de Campo Open and this year will be special as it celebrates its 40th anniversary. The event will take place from September 15 to 19, 2021. For more information: https://www.casadecampo.com.do/es/golf/tournaments/casa-de-campo-open/