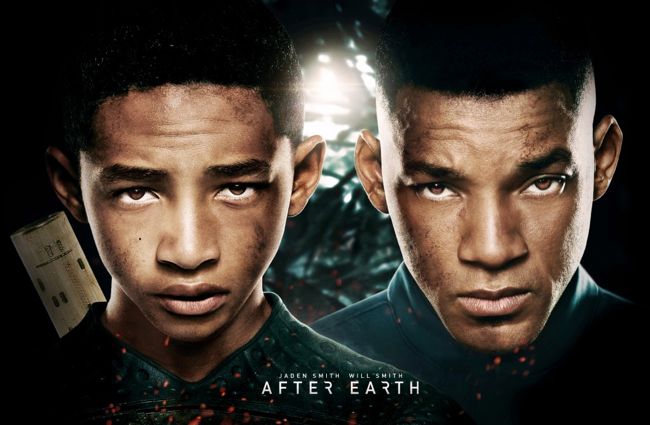 Finally! After Earth movie by Will Smith and his son Jaden is now playing in the Marina de Casa de Campo. Let’s see what brings this second movie starring by the Smiths, because the first film they made together (Pursuit of happiness) was a success. Still playing are : ” Despicable Me 2″ and “Now You See Me”.

After Earth [ver trailer, ver crítica]
A crash landing leaves Kitai Raige and his father Cypher stranded on Earth, a millennium after events forced humanity’s escape. With Cypher injured, Kitai must embark on a perilous journey to signal for help.

Despicable Me Part II [view trailer, view review] *dubbed in Spanish
When a criminal mastermind uses a trio of orphan girls as pawns for a grand scheme, he finds their love is profoundly changing him for the better.

Now you see me [view trailer, view review]
An FBI agent and an Interpol detective track a team of illusionists who pull off bank heists during their performances and reward their audiences with the money.