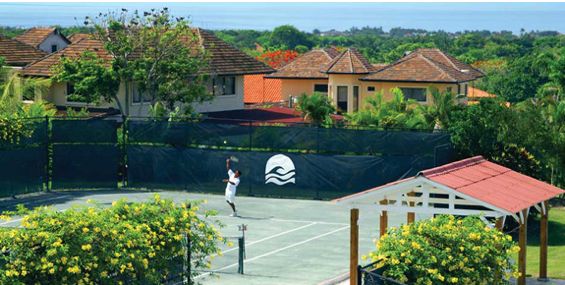 The 34th installment of the International Tennis Tournament “Copa Proseguros – Casa de Campo” opens today, Thursday the 1st  of September, and will be held at the La Terraza Tennis Center in Casa de Campo La Romana.

This year’s tournament will run from the 1st to the 4th of September – closing this Sunday, just in time for the STING concert in Altos de Chavón!

The event will be inaugurated today  4pm at the La Terraza Tennis Club in Casa de Campo La Romana in a ceremony with Emilio Vasquez, Vincenzo Mastrolilli, founder of the tournament and President of the board of directors of Proseguros and Daniel Hernandez, Casa de Campo’s hotel general manager.

With over 200 registered players, from across the Dominican Republic and around the world; Puerto Rico, Aruba, Curacao, Bonaire, Saint Croix, the USA, Spain and Italy – Casa de Campo looks set to be inundated with fit, athletic men and women – hoorah!

Emilio Vásquez, Casa de Campo’s Director of tennis and tennis pro, will this year, as in every year be acting as the tournament director of this exciting annual tournament, which for the first time in it’s the 34 year history is allowing tennis players to compete in a doubles category.

If you’re interested in watching a match or two then all you need do is drop by the La Terraza tennis center in the Casa de Campo resort anytime, any day between today Thursday the 1st and Sunday the 4th of September, you’re bound to see an exciting match going on!