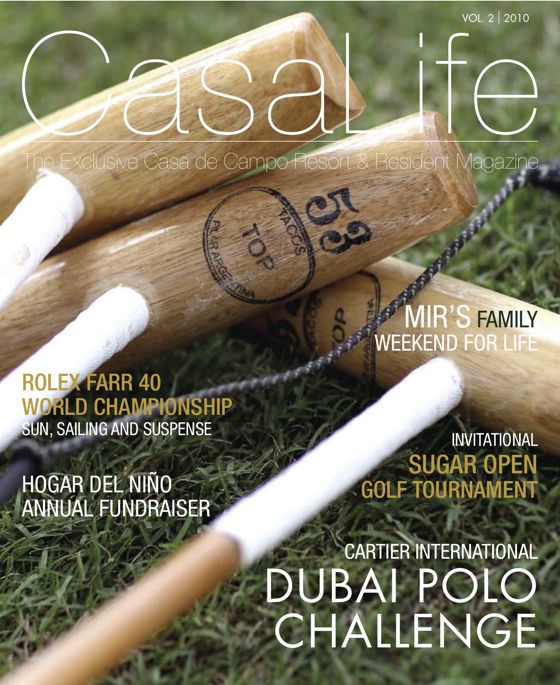 The first copies of the new edition of CasaLife have arrived into Casa de Campo and been distributed to Playa Minitas and directly into the hands of a number of other lucky people, whilst the other copies are due to be distributed around Casa de Campo this week.

The front cover of this month’s issue is very much a ‘Polo’ cover: Polo, the ‘sport of kings’ is a very popular Casa de Campo sport, whether for it’s impressive sportsmanship, the beautiful ponies or the champagne fuelled after-parties!

In this latest issue of CasaLife, the exclusive Casa de Campo Resort and Resident Magazine you will find full coverage of the Cartier International Dubai Polo Challenge, as well as the many high society Casa de Campo events over the last few months; The Hogar del Niño weekend, the Fundacion MIR’s Magical Splendor for Life, the Rolex Farr 40 regatta, the 25th Annual Sugar Golf Invitational Tournament and the V Torneo de Polo amongst others.

Copies of the issue have just arrived so you can expect to see them popping up in the Casa de Campo hotel, at Playa Minitas, the Marina Casa de Campo and of course arriving at your Casa de Campo villa very soon!