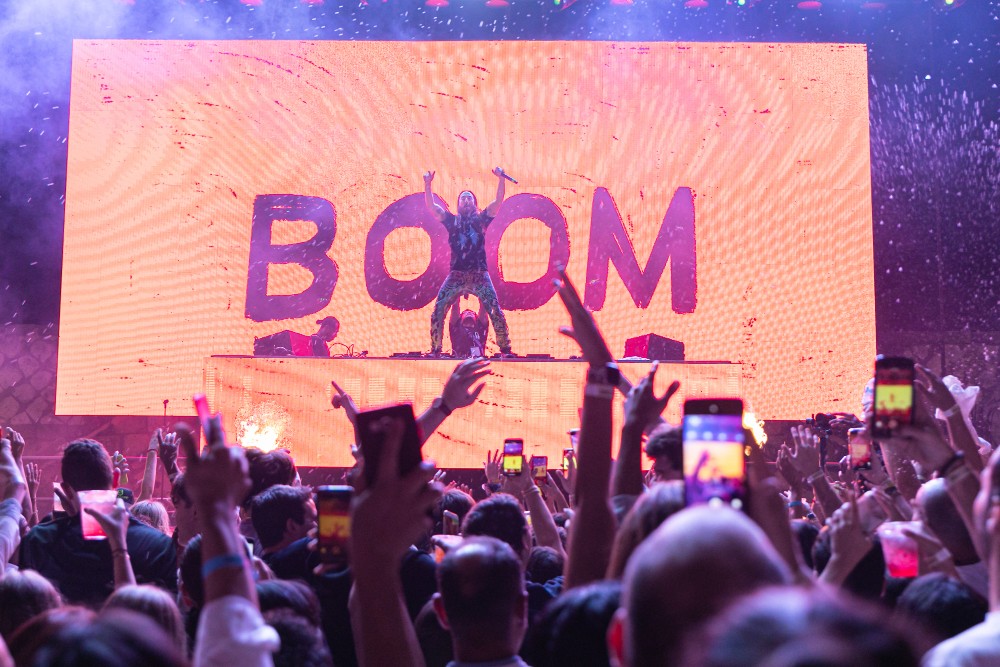 Casa de Campo Resort presented an incredible end of the year party with the American DJ and producer Steve Aoki and the famous urban artist Sech, in an unprecedented concert, where those present lived an unforgettable experience.

The Altos de Chavón amphitheater was filled with an euphoric audience ready to say goodbye to 2019 and receive 2020 by singing and dancing the songs of the musical icons Aoki and Sech, in a show without waste from start to finish.

The concert was part of the strategic alliance between Casa Brugal and Casa de Campo Resort with the aim of producing great experiences with international artists of the moment that enjoy the preference of young audiences.

Andrés Pichardo Rosenberg, president of Casa de Campo Resort, stated: “We conclude 2019 with a big party, with an electronic music superstar, as is Steve Aoki, as well as the urban singer Sech, who put a finishing touch on the varied artistic billboard that we have presented during this 2019 and that we will continue during 2020 with the invaluable support of Ron Brugal.”

The best stages and festivals in the world are attended by Steve Aoki, who with his vibrant electronic music has won the hearts of youth. He is on the list of the 10 best DJ’s in the world and his collaborations range from the pop band BTS to the Puerto Rican Daddy Yankee.

Meanwhile, Panamanian Sech has become a phenomenon of urban music. His songs along with other reggaeton stars such as Maluma, Nicky Jam, Ozuna and Farruko, have catapulted him as one of the most desired urban exponents of the moment. Sech, 26, sang songs like “Another drink”, “Gan-ga”, “Si se da”, “Dare” and “Sueños”, hits that have sounded on the radio of almost all of Latin America and in large part from North America and Europe.

Casa de Campo and the artistic entrepreneur Gamal Haché, under the auspices of Ron Brugal, have presented in Altos de Chavón top of the charts superstars, such as Bad Bunny, Jennifer López, J Balvin, Wisin and Yandel, David Guetta and Ozuna.