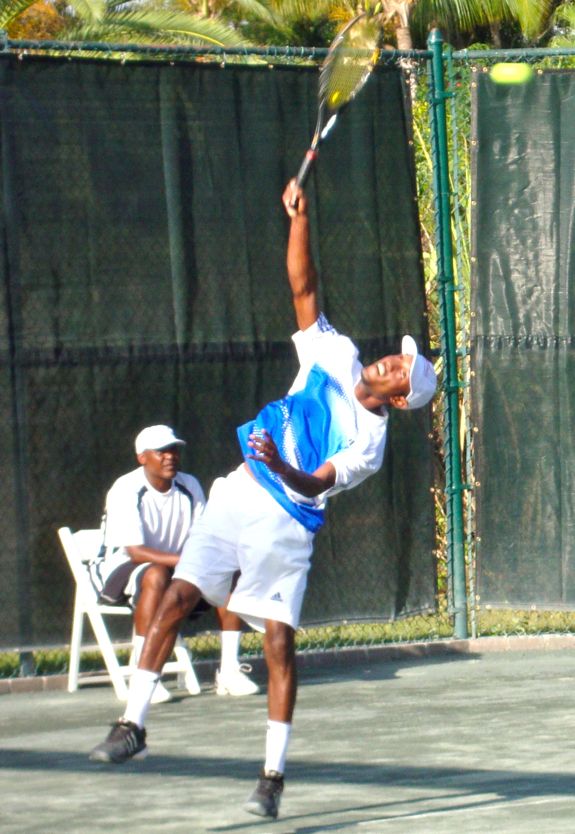 The McDaniel Tennis Tournament is played every year between the ball boys and teaching pros at the La Romana Country Club tennis club and the La Terraza tennis club – both in Casa de Campo, the aim of the event is to raise funds to pay for sponsorship of an increasing number of the Casa de Campo tennis club’s ball boys. In total last year the tournament raised 1.2 million pesos from 67 generous sponsors – which was distributed among the winners and participants of the tournament, used to pay for the scholarships of the balls boys and English classes for the ball boys and the teaching pros.

The McDaniel tennis tournament now sponsors a total of 16 ball boys and 1 honorary ball girl – at a cost of RD$25,000 per child per year. Every year the tournament has been attracting more and more sponsors so that every year they are able to offer sponsorships to 4 more children, we hope that the scheme will continue to grow so that it may help even more children!

Here is a letter from Rick McDaniel the founder of the McDaniel Tennis Tournament, here he explains how you can get involved and sponsor the event:

I am pleased to announce that our tennis committee has unanimously selected Ramon (Papo) Menendez as our honorary chairman for this years event. Mr. Menendez has been a generous contributor to the tennis program in Casa de Campo for many years and we are proud to recognize him for his consistent and loyal support.

I would also like to announce the addition of Magdalena Garcia, Marie Mastrolilli, and Stan Couldrey to our tennis committee. Magdalena, Marie and Stan are all local residents, avid tennis players, and long time supporters of Casa de Campo tennis. Their participation, support and willingness to serve is welcome and very much appreciated.

As a reminder this years tournament starts on Thursday March 10,2011 with the finals on March 13th at 4:00pm at the LRCC.

To become a sponsor and attend the awards dinner immediately following the finals please make your check out to the FUNDACION FAMILIA MCDANIEL rather than the McDaniel Family Foundation as previously announced.

Looking forward to seeing everyone at this years event,

Please click on the links below to read more previous years events and to see all our photos: