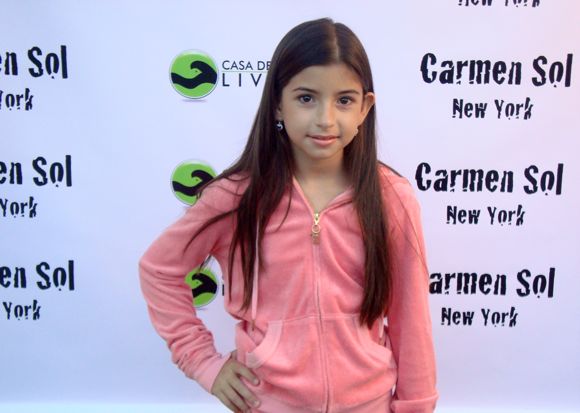 The Juicy Girls made their first debut in Casa de Campo in December, when they helped host Carmen Sol New York and Casa de Campo Living’s ‘Night of High Fashion hosted by the Juicy Girls’ event. Following the s of this event and the popularity of the Juicy Girls – who spent the evening modelling Juicy Couture tracksuits at the Celebrity wall and welcoming guests, a select number of Juicy Girls were invited back to take part  in a Juicy Girl catwalk show.

The Juicy Girl catwalk show started at 9pm outside the Carmen Sol New York store in the Marina Casa de Campo – in the midst of the Feria Barlovento and a crowd of at least 100 Casa de Campo villa owners, residents and visitors gathered to watch and cheer on their favourite ‘Juicy Girl‘! The girls involved in the show were: Alexa Mclay, Bianca Abreu, Frances Baez, Rita Russo, Jessica Duffield, Madeline Paris, Thalia Ramirez, Betty Suarez and Elizabeth de Jesus. During the show each girl strutted out of the Carmen Sol New York store, and along to the Celebrity wall – where they posed for the CasaLife photographer.

All our Juicy Girls were eligible to win the title of Casa de Campo’s ‘Juiciest Girl!’ and the winner was decided 100% by our Casa de Campo Living readers – who were asked to vote for their favourite Juicy Girl. In the end we received 317 votes from people who logged on to Casa de Campo Living to support their Juicy Girl  from all over the world! After (literally) hours of counting, and eliminating some votes (we can tell when votes come from the same person), we found a winner – Frances Baez!

Congratulations to Frances, who was a fantastic Juicy Girl and very deserving of the title!

Below are our photos of the Juicy Girl catwalk show and of the presentation ceremony!