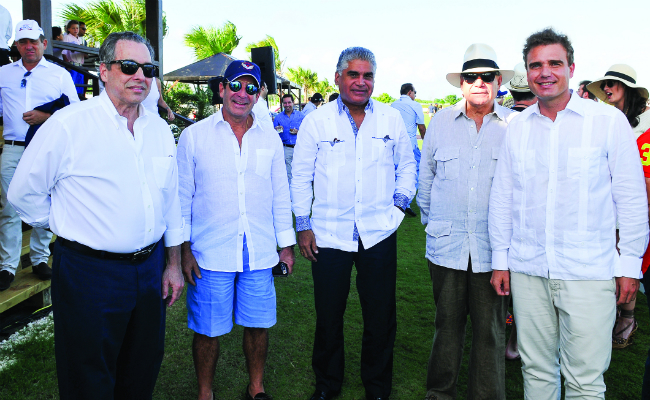 Last Thursday, January 7th, Los Establos, Ciudad Ecuestre in Cap Cana, hosted the official inauguration of the DR Polo Challenge 2016, in which more than 600 special guests gathered to witness the competitive and thrilling experience of high-goal polo with an exhibition game of teams lead by polo legends, Milo Fernández Araujo and Benjamin Araya.

The renowned ESPN narrators, Fernando Arata and Martina Monteverde, were in charge of the welcoming ceremony and began the event with a courtesy toast of Royal Salute scotch. Los Establos Vice-President María Amelia Hazoury gave a brief speech where she noted, “In Los Establos, Casa de Campo Resort & Villas and La Lechuza we work as if we are one, with a united effort to bring into fruition the challenge of establishing the high-goal polo in our country,” and threw the first ball.

At the end of the match the Bronze Cup was displayed, to be battled for from Thursday, January 14th to Saturday, January 30th in Casa de Campo, Los Establos, and Club Lechuza Caracas RD polo fields. The draw of the zones was performed and resulted in the following:

Catch the complete game schedule below and be sure not to miss Casa de Campo’s first Bronze Cup Polo Challenge game, set to take place on Friday the 15th!