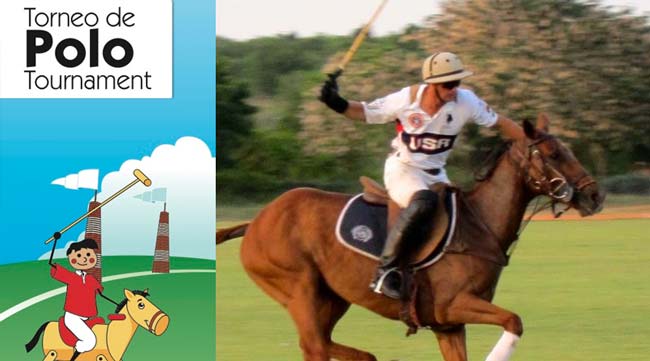 Today, Wednesday the 8th of February, the Hogar del Niño Polo tournament, part of the 15th annual Hogar del Niño fundraising weekend starts with the first tournament round being played on the Casa de Campo polo fields at 4pm.

UPDATE (Friday, Feb 17th):
Now that all tournament round matches have been played – the finals of the Hogar del Niño Tournament will be between “La Potranca” and “KIWI.”

The Hogar del Niño annual fundraising weekend is this year taking place on Friday and Saturday the 17th and 18th of February, with a range of fun fundraising activities taking place across Casa de Campo; polo, tennis and golf tournaments, the 2nd annual bike marathon, a tour of the Hogar del Niño, the Casa de Campo homes and gardens tour, the first Zumba Master Class (more details coming soon) and of course the dinner-dance party at the La Romana Country Club. To view the full schedule of events and activities, click here!

As part of this event, the polo tournament will be played over nearly 2 weeks on the Casa de Campo polo fields, starting today Wednesday the 8th of February and ending with the final on Friday the 17th of February – and YOU are invited to stop by any or all of the games to enjoy this fast-paced and exciting sport!

On Friday the 17th of February to celebrate the FINAL of the Hogar del Niño polo tournament, there will be a special party – with tent, bar and a prize-giving ceremony. The final game of the tournament is always the most exciting and when you add in a few drinks and a fun party atmosphere, it’s certainly an activity worth attending!

To find out more about the Hogar del Niño Fundraising weekend – click here!