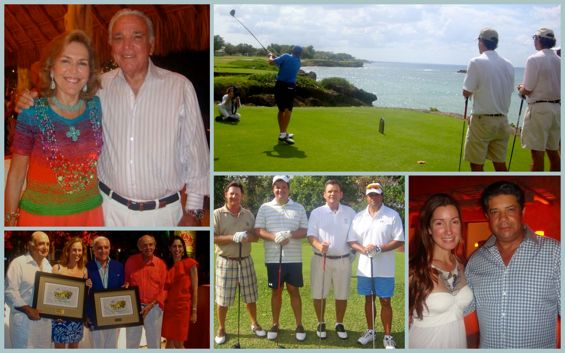 Next week, the Fundacion MIR‘s annual Sugar Golf tournament will take place from Wednesday the 13th through to Saturday the 16th of April. The invitational golf tournament will be played on Casa de Campo’s world famous and Pete Dye designed golf courses, the Teeth of the Dog, the Dye Fore and the Links.

The Sugar Open Golf Tournament last year celebrated it’s 25th anniversary, making this year’s tournament the 26th annual event, which brings together golfers from across the world to raise money for the Fundacion MIR, whilst the golf is complimented with cocktails, dinners and drinks at various locations throughout Casa de Campo.

As part of the tournament, the Fundacion MIR is hosting the ‘MIR Bazaar’ at the La Romana Country Club on Saturday and Sunday the 16th and 17th of April. The bazaar will be open from 9am to 9pm, for more information, click here.

This year as last year, we will be attending all the cocktails, dinners, some of the golf and the final prize-giving ceremony and will be sharing our photos of all the fun with you here!

What is the Sugar Open? How did it start?
The Sugar Golf Tournament, originally just another golf tournament, was won in 1990 by Alfie Fanjul, who subsequently donated his winnings to his sister, Lian Fanjul de Azqueta to use as seed money to found Casa de Paz. Since then the tournament now know as the Sugar Open incorporates a golf and a shooting tournament, the golf headed by Alfie Fanjul, the shooting headed by his brother Pepe Fanjul, with proceeds going to the charity their sister founded in 1990, the Fundacion MIR.