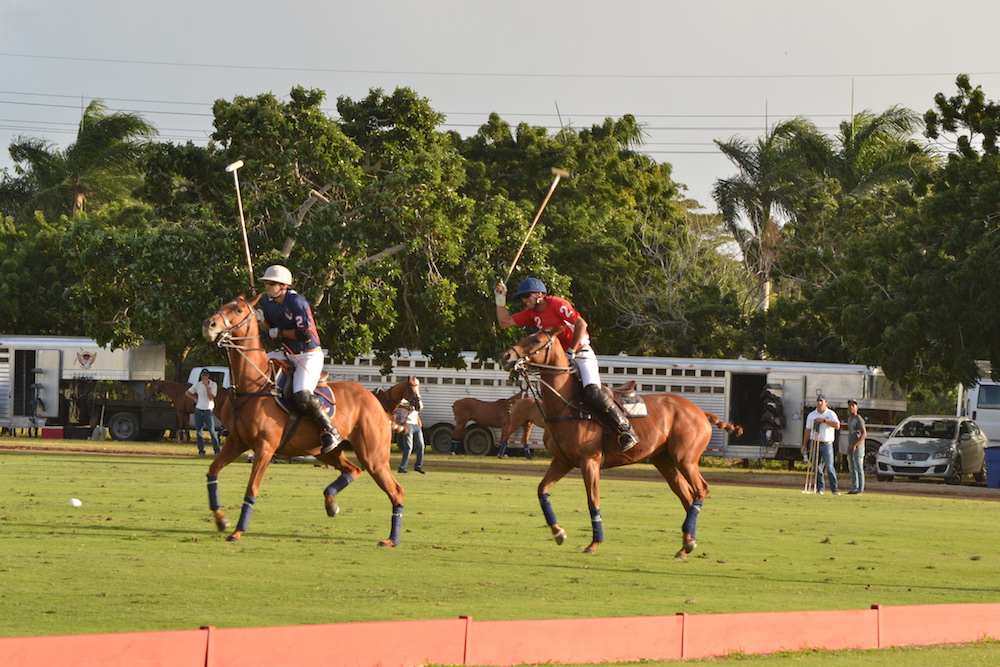 It’s official, the Polo Challenge DR 2017 has started! Even though games began on Friday, the official kick-off was this past Saturday, January 14th at Lechuza Caracas RD and Casa de Campo. We were able to enjoy several matches during the day and a wonderful opening presentation by the Fundación MIR children. 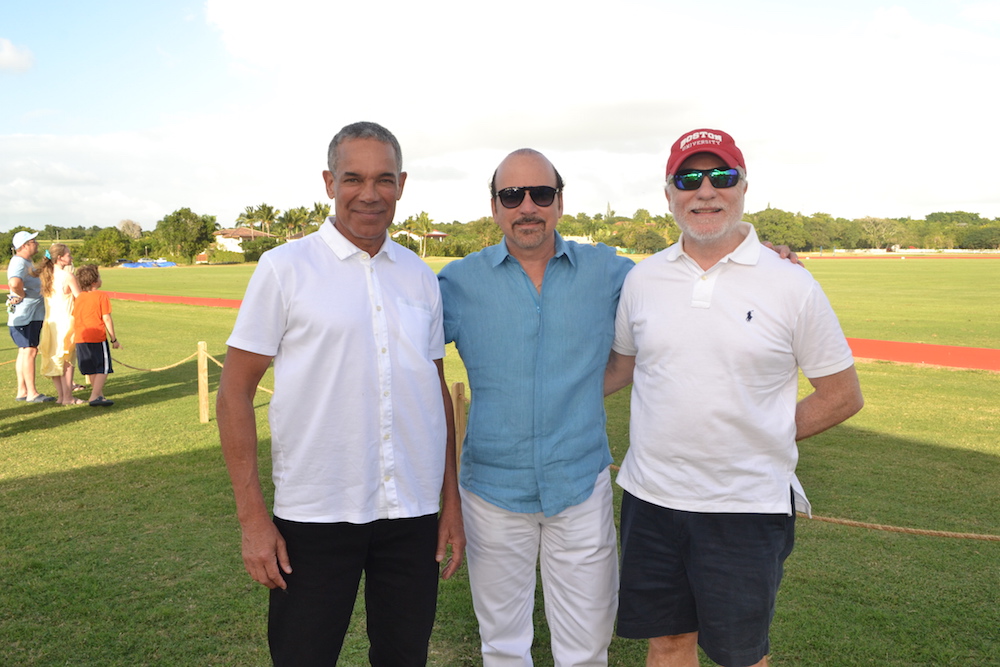 The first match of the day and the 12-goal category was played between La Potranca and Cinque Terre-El Milagro. The local team won over the Italian patron Alessandro Bazzoni’s team by 5-3. In the afternoon, the main attraction of the weekend took place on the main Casa de Campo field: the match between mighty Lechuza Caracas and Casa de Campo, that started after the children from the MIR Foundation, impeccably dressed in their band uniforms, played the National Anthem of the Dominican Republic. Fernando Arata, Polo Director of Casa de Campo and the Polo Challenge, welcomed everyone present. It was a very close match, under perfect weather conditions and the constant cheer of a full audience. Lechuza started off taking the lead and kept it for almost all the match, even though they could not obtain a goal difference of more than two. After two final chukkas with an outstanding performance by David Stirling Jr., who was also the MVP of the match, Lechuza took back the lead and won 11-9. Leo Matos and Victor Vargas were also highlighted as two of the best players of this great afternoon with a very high level of polo. 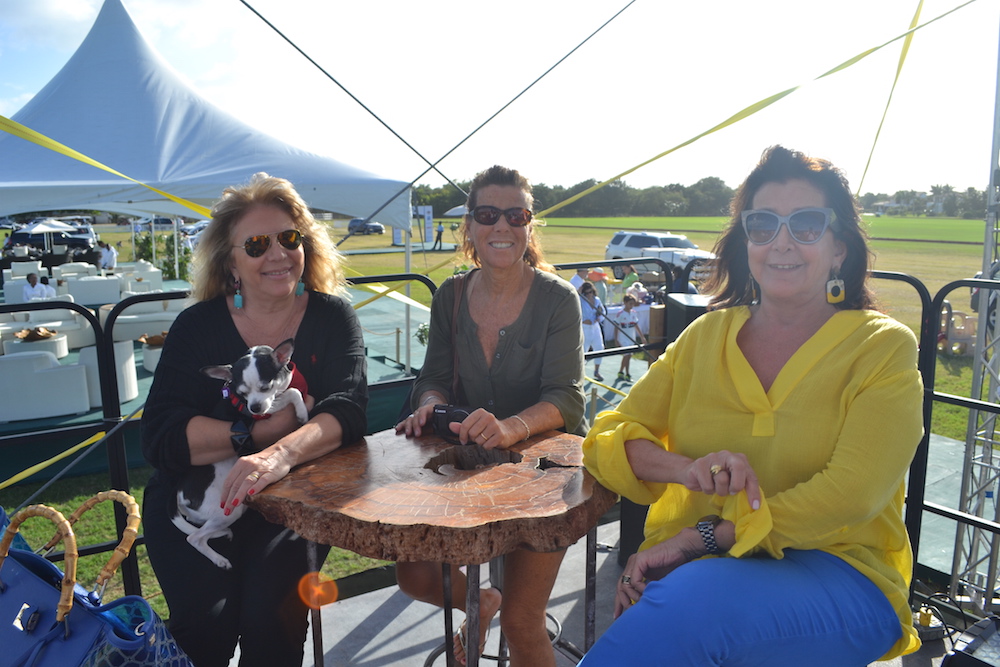 The Casa community and guests were able to enjoy a beautiful day of polo, some standing and others sitting at high wooden cocktail tables; a slight breeze cooled the afternoon. We caught up with friends and watched children play chess among other activities on the sidelines, provided by the Casa de Campo Family Programs Department. After the match, everyone joined in on the traditional divot stomping to prepare the field for other matches. 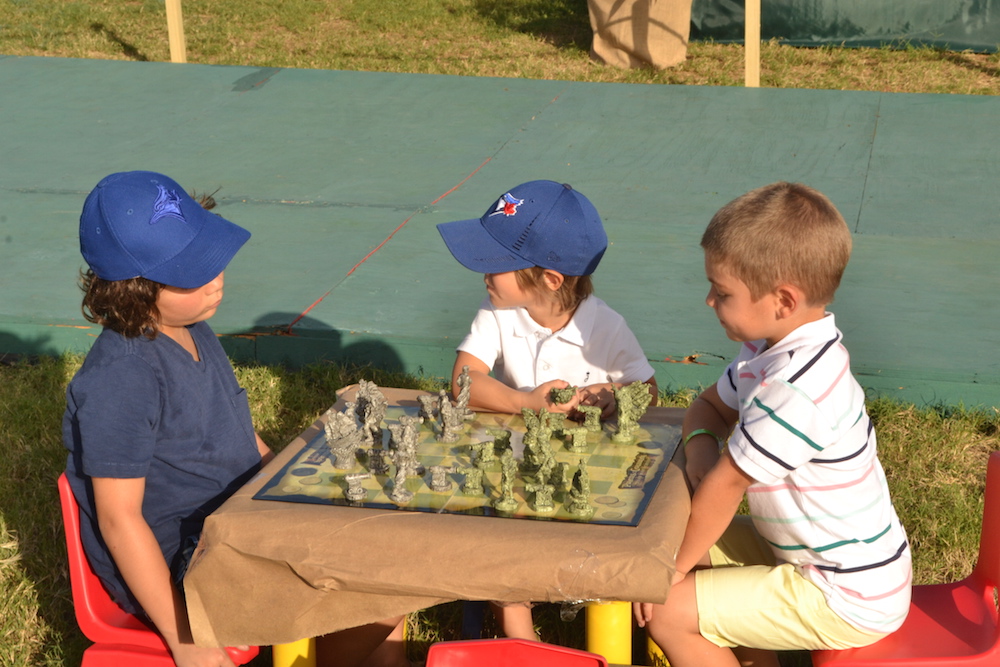 On Sunday, the second and third match of the 12-Goal category took place. The first match was a duel between Costasur and the local Casa de Campo Polo Team. The locals were able to have a great performance featuring very strong teamwork, and took the lead for 13-5.  Afterwards, it was time for El Palenque – Pitirri to take on the Italian team Cinque Terre- El Milagro. Unfortunately again for the Italians, this wasn’t also a good game and they lost 8-2.

On Tuesday at Casa de Campo, the second day of the 22-goal category of the Bronze Cup, the first tournament of the 2017 edition of Polo Challenge, took place. This day marked the debut of the Mannix Brothers, Julian and Fred, in the island, who came over this season to play with their team Alegría-El Milagro, alongside Federico Tomasevich and Cubi Toccalino.  After two very even first periods, the teams entered the third chukka with a difference of two goals in favor of Alegría, 4-2. The game was open, showing great sportsmanship with very few fouls, great goals and good races. A perfect example of the great quality of game that has been demonstrated on the high goal polo in Dominican Republic last year. 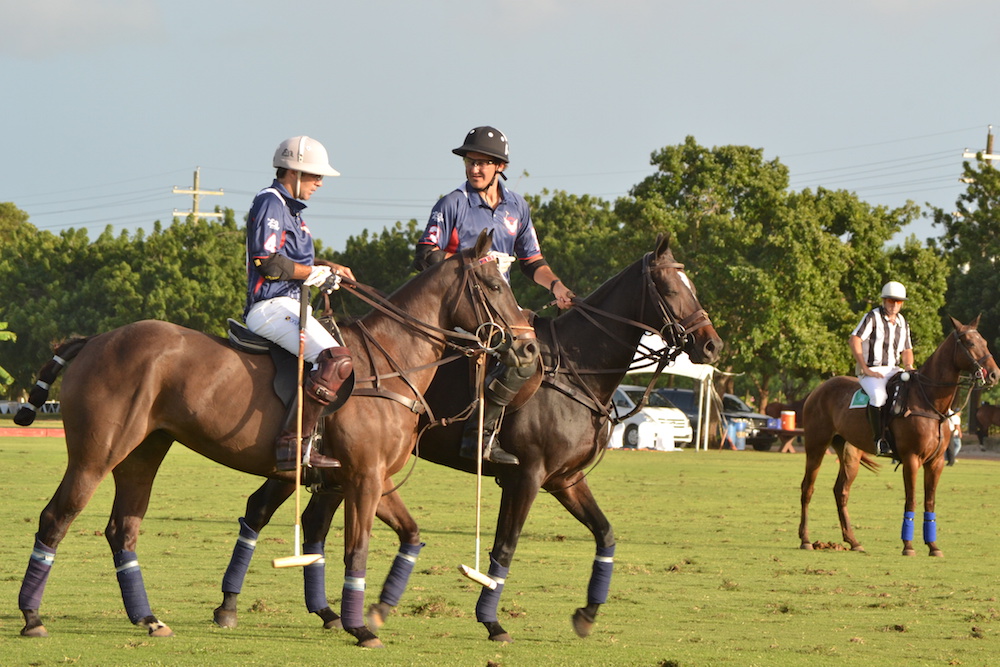 Santiago Toccalino took over the game and proved once again he is a relentless player, scoring 3 goals on both the third and fourth chukka, while Alegría was not able to pass the ball through the goal posts on both periods. In spite of the great sixth chukka on which the Canadian team managed to score thrice, this was not enough, and Power Infrastructure emerged victorious by 9-8 from its first match on the Bronze Cup.

If by any chance you missed these first games, you still have a chance to see the rest! There is still a lot of polo for us in the near future!  At the moment the Bronze Cup is being played until the January 28th (12 & 22 goals of handicap). This year will see the return of the Charity Polo Day with the presence of Adolfo Cambiaso, the best polista in the World, and for the first time in the country an exhibition of Woman’s Polo. Plus, all of the 2017 Polo Challenge finals will be broadcast live and on ESPN worldwide!

Catch the complete game schedule below:

And the following pictures were provided by Casa de Campo, taken by Mairobi Herrera: