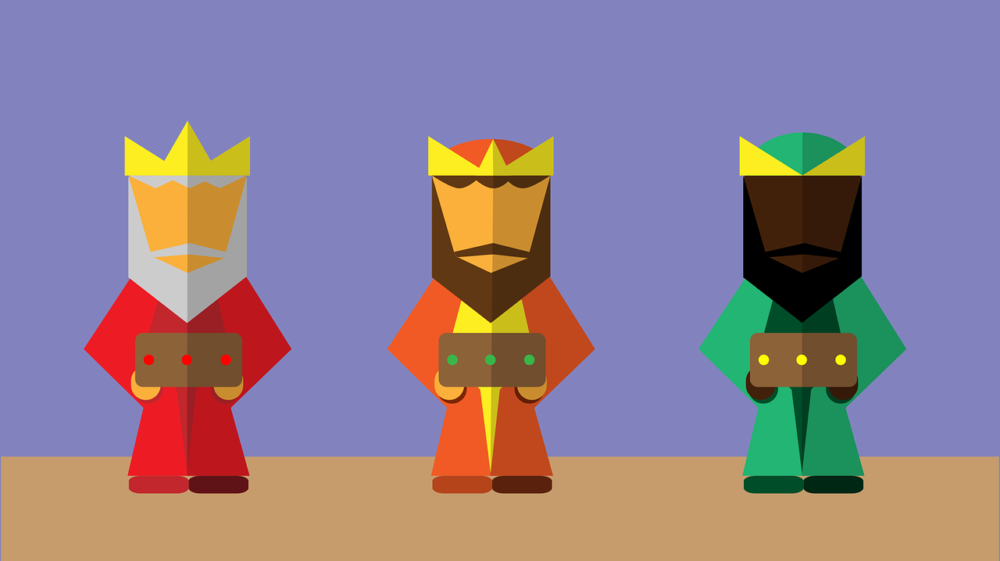 The new year has only just started and we already celebrated a national holiday yesterday– which meant a day off for most! And in addition to there being no work, this is typically one of the most popular national holidays of the year – because it’s all about giving, joy and fun!

WHAT IS THREE KINGS DAY?

Three Kings Day, also known as the Epiphany, is a holiday that carries as much importance as Christmas in the Dominican Republic. It is a time spent with family feasting and exchanging gifts, wrapping up the holiday season.

Biblically, Three Kings Day commemorates the day that the three wise men, Melchior, Caspar, and Balthazar, visited baby Jesus after traveling across the desert for twelve days bringing him prophetic gifts.  The first gift, Gold, was given because Jesus was to be the King of Jews. The second gift was Frankincense, incense burned in churches, to represent the divine nature of Jesus and foreshadow his role as the Son of God whom people would come to worship. The third and final gift was Myrrh, a scented resin used to embalm dead bodies, which represented that despite his divine nature, Jesus would eventually die.

These gifts were very important because they foretold the fate of baby Jesus’s life, therefore the journey and arrival of the three wise men are celebrated with as much importance as Christmas.

You may have noticed that yesterday was January 4th, which is odd because 3 Kings Day is traditionally January 6th… so what’s going on?

Well although 3 Kings Day is traditionally celebrated on January 6th, the national holiday has actually been moved to January 4th – to create a long weekend. This is something the government of the Dominican Republic in accordance to Law No. 139-97 through which holidays that coincide with Tuesday and Wednesday, Thursday or Friday will be transferred from date to Monday.

HOW DO WE CELEBRATE 3 KINGS DAY IN THE DOMINICAN REPUBLIC?

Here, in the Dominican Republic, there are many traditions that go along with Three Kings Day. Leading up to the holiday, children write letters to the Kings asking for gifts, much like letters to Santa. The night before the King’s anticipated arrival, children collect and leave bundles of grass out to feed the camels that the three kings ride on and they leave out candy and cookies for the three Kings to enjoy while they are delivering presents.

These traditions are similar to leaving carrots for reindeer and cookies and milk for Santa.  In the morning, children wake up early to open their gifts brought to them by the Three Kings, and the rest of the day is spent with family eating, playing, and celebrating the end of the holiday season.

Three Kings Day is celebrated in many different cultures around the world with distinct feasts, parades, parties and traditions unique to each individual place, but one thing they all have in common is the importance of acknowledging this important day in biblical history.