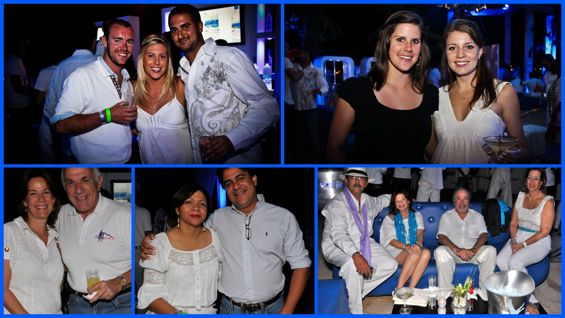 On the Friday the 11th of March, the start of the Casa de Campo Regatta was celebrated by the particpating sailors and their crew along with special VIP Casa de Campo guests at a super white party hosted by Grey Goose vodka.

The 5th annual Casa de Campo regatta attracted 22 boats, who, over 3 days took part in 4 regattas (boat races), in the waters outside of the Marina Casa de Campo and a glittering, glamourous white party to celebrate and inaugurate this event was nothing less than this prestigious occasion deserved!

As the sun set over the ocean, VIP guests from the Casa de Campo community, both party-lovers and nautical enthusiasts alike joined the Casa de Campo regatta’s participants at Marina Casa de Campo’s Victory Club, for the first few cocktails of the evening. As the evening progressed and darkness fell, all the guests, all dressed in white, were surprised to be entertained by not only a live DJ, but also a amazing aerial acrobat, who suspended by ribbons, danced and swayed to the music.