The Casa de Campo – La Romana tourist port is no stranger to large cruise ships – but this season with the arrival of the 1004ft long Carnival Breeze, the port is literally dwarfed in the shadow of this cruise ship, who is now the second largest cruise ship to ever dock in La Romana – and the 10th largest in the world. 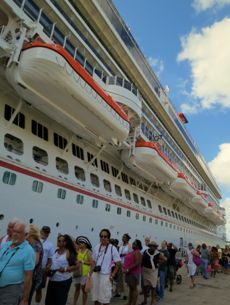 The Carnival Breeze, built at a cost of US$740 million has a half-mile exterior promenade, cantilevered whirlpools, and a 23,750 sq ft (2,206 m2) wellness facility/spa. Other features are the WaterWorks aqua park with a 300-foot (91 m)-long corkscrew water slide called Twister and another called The Drainpipe, an indoor/outdoor café with live entertainment venue called Ocean Plaza, and a range of staterooms including deluxe ocean views with two bathrooms, some of which have five berths. 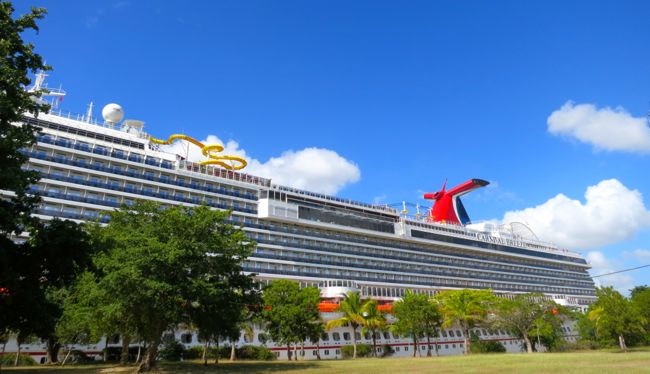 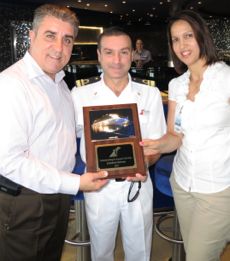 The Carnival Breeze first docked in La Romana on Tuesday the 27th of November 2012, but it wasn’t until Tuesday the 8th of January 2013 that the ship’s arrival was officially inaugurated with a ceremony on board the ship, in which Andres Fernández, Commercial, Airport & Port Manager for Central Romana presented a plaque to Staff Captain Nicola Iaccarino in commemoration of their Inaugural Call into the Casa de Campo – La Romana port.

During the ceremony, attended by various representatives of the Central Romana Corporation and the port, as well as myself as the only member of press, a cocktail recpetion was enjoyed, following which we were treated to a tour of the impressive facility – finishing with a delicious lunch.

The following selection of photos were taken during the ceremony and on our tour aboard the Carnival Breeze on Tuesday the 8th of January:

When docked in Casa de Campo – La Romana the passengers of the Carnival Breeze do tours to nearby adventure centers such as Wild Ranch and Canopy Cumayasa, as well as visiting Bayahibe, Dominicus, Minitas Beach and Altos de Chavón. Unlike the Costa Luminosa, which docks in La Romana every Monday and welcomes Casa de Campo visitors on board for dinner (click here for details), the Carnival Breeze cannot be visited by the general public.