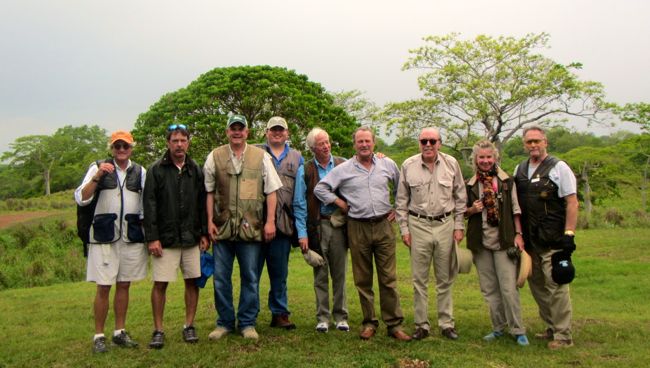 The 26th annual Sugar Shooting Tournament is already underway! The annual event hosted by J.Pepe Fanjul started earlier this week on Tuesday the 23rd of April and will continue this week until Sunday the 28th.

The 37 shooters from across the globe, all J.Pepe Fanjul’s personal friends, are taking part in a series of shooting tournaments shot at the Casa de Campo Shooting Center, as well as at Rancho Peligro, a beautiful wilderness reserve owned by the Central Romana Corporation.

The Sugar Shooting Tournament consists of numerous different shooting tournaments; Live Pigeon Shoot, the Colombaire and the Sporting Clays, as well as the European Style Driven Bird Shoot. At the end of the event, this Saturday April 27th, the winners of the individual tournaments will be presented with trophies, whilst 2 further awards will be given to the winner of the High Overall “GUBELMANN CUP”, won last year by Andres Fanjul and the High Overall Cup, won last year by J.Pepe Fanjul himself.

In Rancho Peligro (pictured above), the European-style Driven Bird Tournament is taking place, with 5 groups of 8 guns (participants) taking part on different days. During each shoot, the group of 8 guns shoot 3 drives, each one taking place at different locations within Rancho Peligro. Over the course of the shoot over 1,000 partridges and pheasants are released.

Meanwhile in the Casa de Campo Shooting Center the Live Pigeon Shoot, the Colombaire and the Sporting Clays are shot.

Accompanying the shooting tournaments are the Welcome Cocktail and Dinner party to be held tonight (Thursday April 25th) at the Casa de Campo Yacht Club and the Prize-giving ceremony at Casa Grande on Saturday evening.