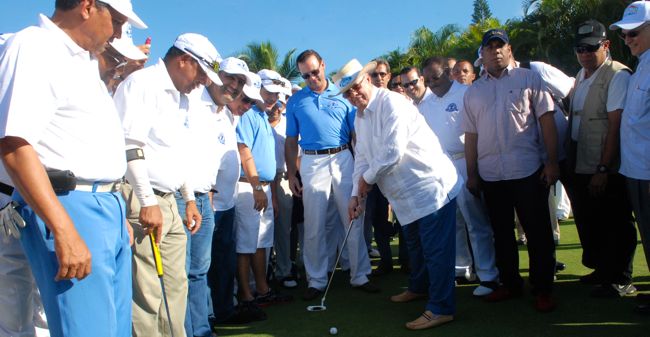 Hipólito Mejía, former president of the Dominican Republic, who was in office from August 2000 to August 2004 and who is currently running for President in the upcoming Dominican elections, hosted the golf tournament in Casa de Campo for more than 200 Dominican golfers, including national golf champion Juan Campusano.

An awards ceremony was celebrated following the tournament, with awards presented by former president Hipólito Mejía himself accompanied by Rodolfo Dietsch.

The outstanding champions of this Golf Tournament were the well known golf players, Andrés Dilonex, Héctor Then, Juan Campusano and Carlos Castillo. The ceremony was held at the La Romana Country Club’s main terrace, where the assistants enjoyed dinner and danced to the music of “Los Hermanos Rosario”.