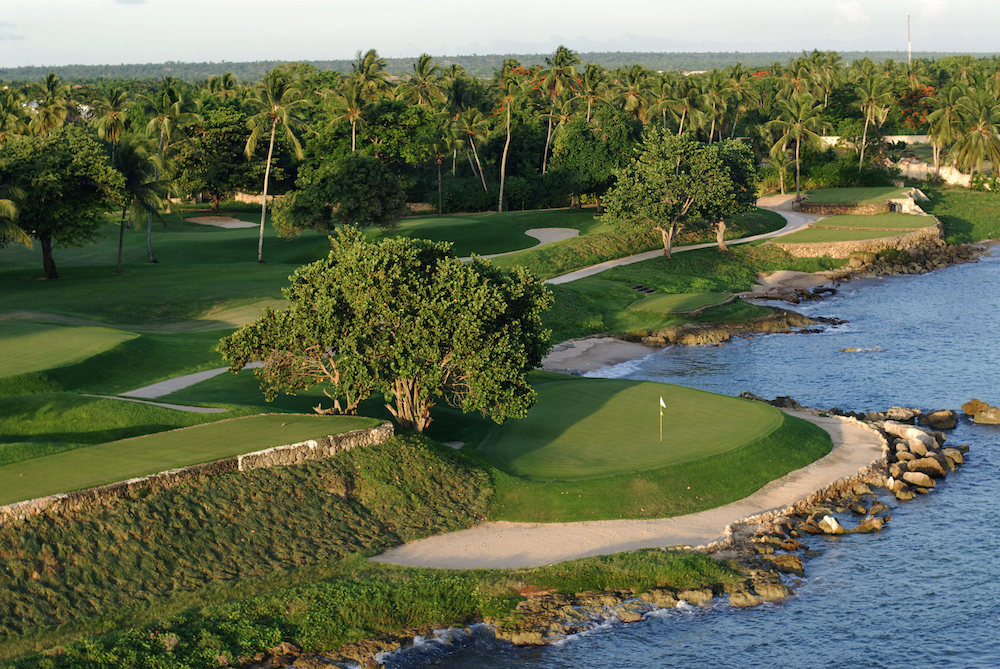 Before there was sugar cane and then there was golf.

Not just any golf, but Pete Dye’s one and only Teeth of the Dog golf course. The story begins with Alvaro Carta fleeing communist Cuba in the 1960’s and becoming chief executive for the South Porto Rico Sugar Company, a sugar mill owned by Gulf + Western in La Romana. With a vision to diversify the company’s portfolio to tourism and the financial backing of the conglomerate for which he worked, he sought the help of the best of the time, Pete Dye to build a world-class golf course which would feature sweeping views and a stunning coastline. 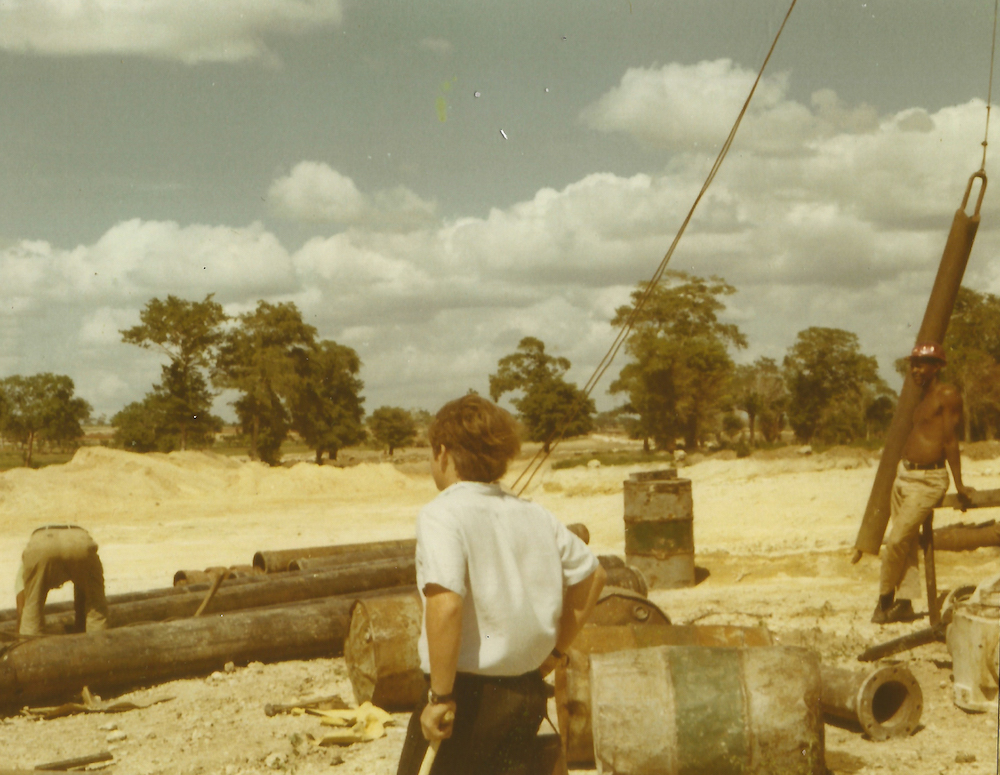 Pete Dye commenced work in 1969 and the course opened a mere 18 months later. Today it shows no indication of the labor intensive construction phase of the project, which required a crew of 300 Dominicans armed only with sledgehammers, pickaxes, chisels, primitive sugar cane machinery and oxen led carriages to haul materials and pulverize the coral and limestone-strewn property one stone at a time. Throughout the process, Pete Dye would hear the locals pick-axing their way through the unforgiving terrain and referring to the sharp coral rock as diente de perro meaning “Teeth of the Dog” after the canine-teeth appearance of the jagged coral rocks protecting their seaside tees. He would later suggest to Alvaro Carta to name the course accordingly. 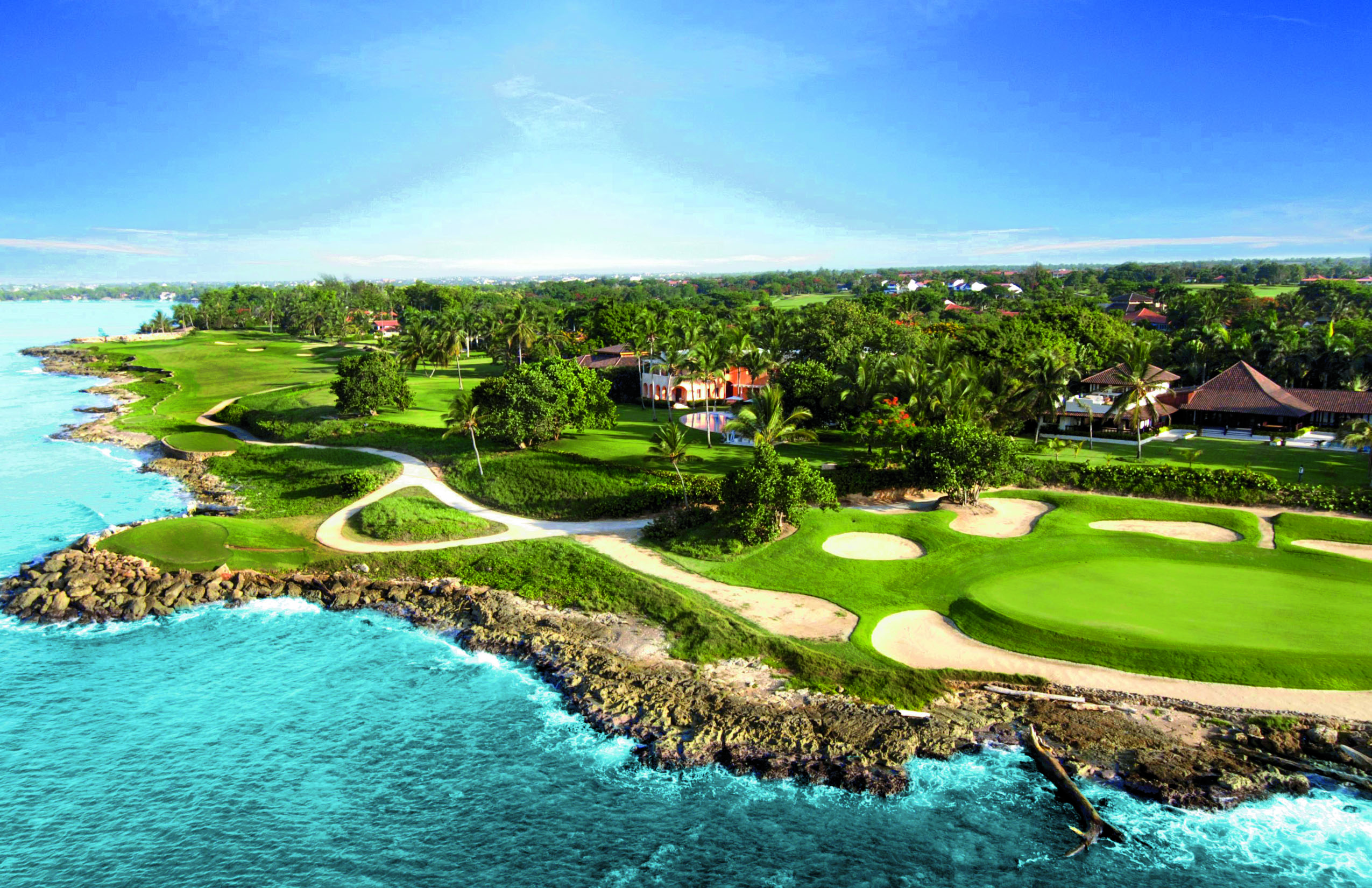 This Pete Dye masterpiece has seven holes skirting the brilliantly colored Caribbean Sea. Its spectacular beauty is often compared to another great seaside course, Pebble Beach. As Dye himself points out, Pebble Beach doesn’t have as many seaside holes as Teeth of the Dog, and while Pebble Beach may have several holes along the sea, Teeth of the Dog has seven holes “in” the sea. Being modest, and not wanting to take all the credit, Pete Dye has said that “the course was fashioned by the man upstairs, I created eleven holes and God created 7”.

“When you’re walking down the fairway of any one of the seven seaside holes or standing on one of the tees or greens right beside the ocean, they’ve got a feel to them that is hard to believe. In the winter months the wind comes out of the northeast so the waves coming into the south edge, off the Caribbean are soft. In the summer months the waves can get a little more exciting, and louder. But even then when you hear them break right at the edge of the landing area and at the green, it’s a gentle sound and doesn’t interrupt play or the ambiance that is Teeth of the Dog.”  – Pete Dye

Shortly after its inauguration in 1971, the world’s golfers flocked to the course after it served as a backdrop for the Sports Illustrated Swimsuit Issue that same year. It remains the best golf course in the Caribbean and the region’s only course consistently in the world’s top 100 courses (usually top 50). 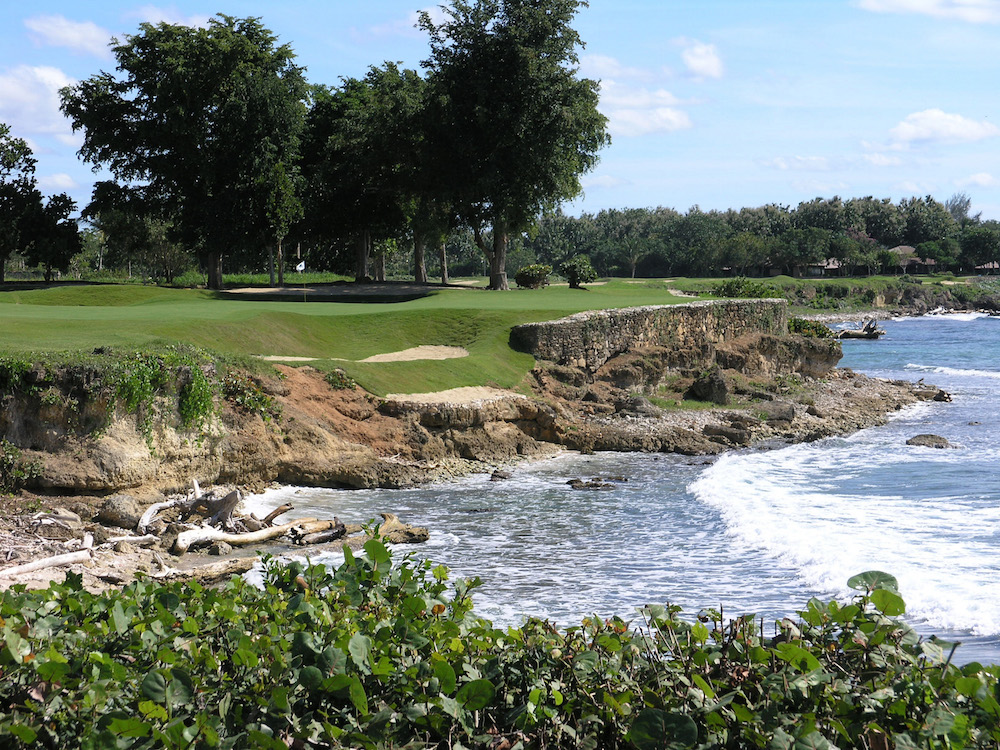 Teeth of the Dog has a reputation for not only being picturesque but tough. At nearly 7,500 yards long, it’s long enough to test the best players. The windy conditions, common in the seaside course add to its challenge. The best time to play the Teeth of the Dog is the late afternoon, when the light shines beautifully on the seaside holes and the course is not crowded. After the round is over, you will want to get back out on the course and try your luck one more time to attempt to improve your score. 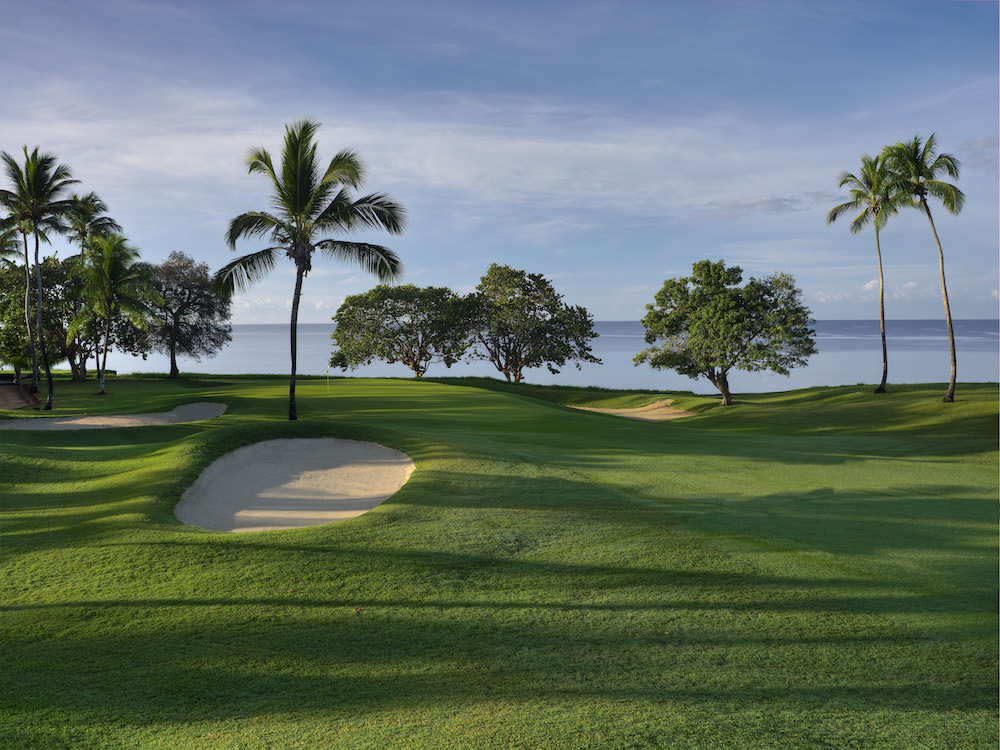 Forty years later, Dye’s masterpiece has withstood the test of time, being on the most serious golfers’ short list of places to play before you die. Never shielding away from naming it his favorite creation, Pete Dye is as involved today in Teeth of the Dog’s maintenance and oversight as he was when he first started to carve out his masterpiece from the overgrown rocky wasteland which now shines as the region’s top jewel.

Teeth of the Dog Pro Shop

* This article was previously published in our sister publication, TODO Casa de Campo.