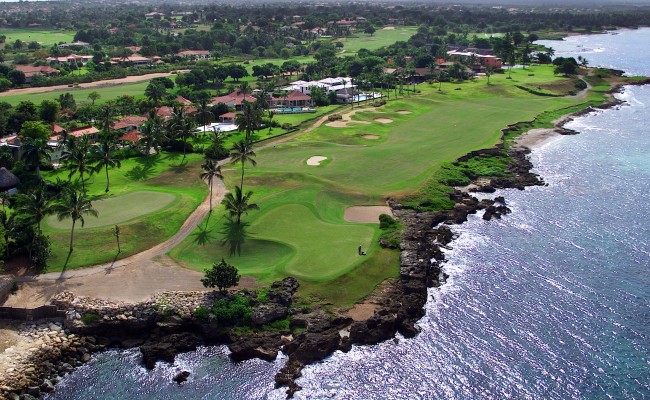 In case you haven’t heard, Casa de Campo again makes the list for the “World’s 100 Greatest Courses” in Golf Digest. This time, our luxury resort finds itself in spot #27! Just two short years ago it ranked 56 on the same list! Built by Pete Dye in the early 1970’s, it opened for play in 1971 and has consistently been among the top ever since. Way to go!

Teeth of the Dog and Dye Fore are both in the running for “Best Caribbean Golf Course” through 10best.com, a division of USA Today and there’s still time to vote! Currently, Teeth of the Dog is up in spot number 2 of 20 and Dye Fore is 10 of 20!!  Let’s continue helping them both get there! Vote for your favorite golf course once per day until voting ends on Monday, February 5 at noon ET. AND Casa de Campo Resort is once again nominated in the Travel+Leisure “World’s Best” awards!

Golf Digest stated the following on their website: “The Dominican Republic is now a major golf destination. Teeth of the Dog started it all back in 1971. Pete Dye has been periodically rebuilt and updated his earliest international masterpiece following repeated hurricane damage. The routing is stunning, a clockwise front nine, counterclockwise back nine, with seven holes hunkered down on the ocean, no more than 20 feet above the surf. The sea is on the left on holes five through eight, on the right on holes 15 through 17. Every hole is unique and scenic.”

Pete Dye’s goal was to put the Dominican Republic and Casa de Campo on the map as a premier golfing destination. Mission accomplished!