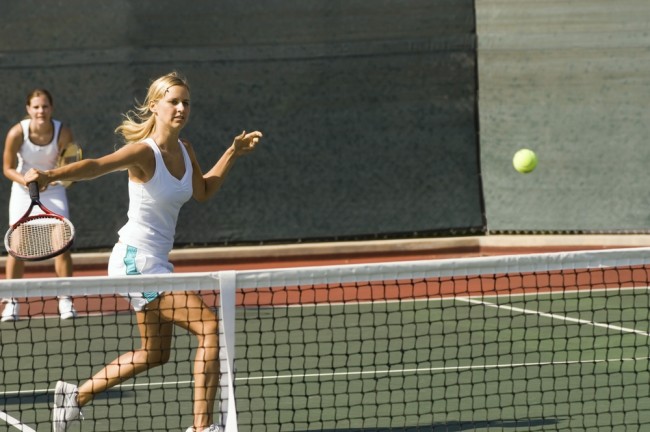 Doubles can be a fun way to play tennis, but with so much riding on you and your partner working as an effective team, it can be pretty frustrating at times! Here are a few simple rules / techniques to ensure your doubles game is as good, if not even better, than your singles game.

Rule 1#: Ensure both players are part of the game
The least successful doubles teams are one-sided – with one player doing most of the work whilst the other is left out of the action. Organise your teamwork by shouting “mine” and “yours” to avoid conflict and confusion.

Rule #2: Dominate the court
Dominate the area in which you are playing – essentially the full width of the court. Avoid leaving any big gaps for your opponents to aim for and leave you short.

Rule #3: Control your position at the net
Both players must work together to control the net – by always making sure one player is in position close to the center of the net, whilst the other takes the back of the court. From here try hitting a long hard shot to a corner, which will force your opponents to lift the ball, in turn making it much easier for you to hit a smash at the net and win the point.

Rule #5: Build a rapport
If you really want to win, the very best way to assure success is to build a friendship with your partner – spend some time together off and on the court. Once you know each other better your doubles game should improve.