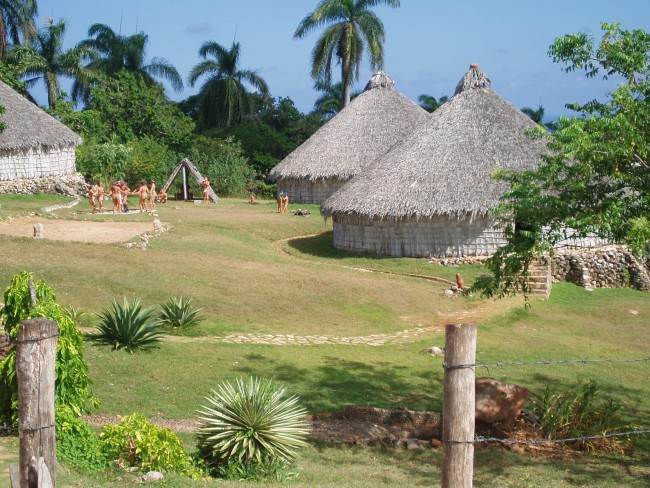 The month of August is when we celebrate the United Nations’ International Day of the World’s Indigenous Peoples, and while we missed the actual date (August 9th), we thought now would be a good moment to give you some interesting info on the Taíno, the native peoples of the Dominican Republic.

Now, first things first, let’s be clear, let’s be fair – the Taíno weren’t the indigenous people of just the island of Hispaniola – they also lived in Jamaica, Puerto Rico, Cuba, the Bahamas, and various other Caribbean islands. We’re clear on that? Good.

The taíno were a historic people who donated so much of what currently dominates and shapes Dominican and Caribbean culture today, from the names of cities (Higüey), lakes (Enriquillo), delicious foods (casabe) and known brands (Hatuey crackers), their influence can be seen in modern times all around countries such as ours.

When he first arrived on the island of Hispaniola in 1492, Christopher Colombus had the following to say about the Taíno people:

“They traded with us and gave us everything they had, with good will…they took great delight in pleasing us. They are very gentle and without knowledge of what is evil; nor do they murder or steal…Your highness may believe that in all the world there can be no better people…They love their neighbours as themselves, and they have the sweetest talk in the world, and are gentle and always laughing.”

So, in remembrance, take a moment to think about the taíno people’s history… Perhaps with a delicious dish of fish & casabe?