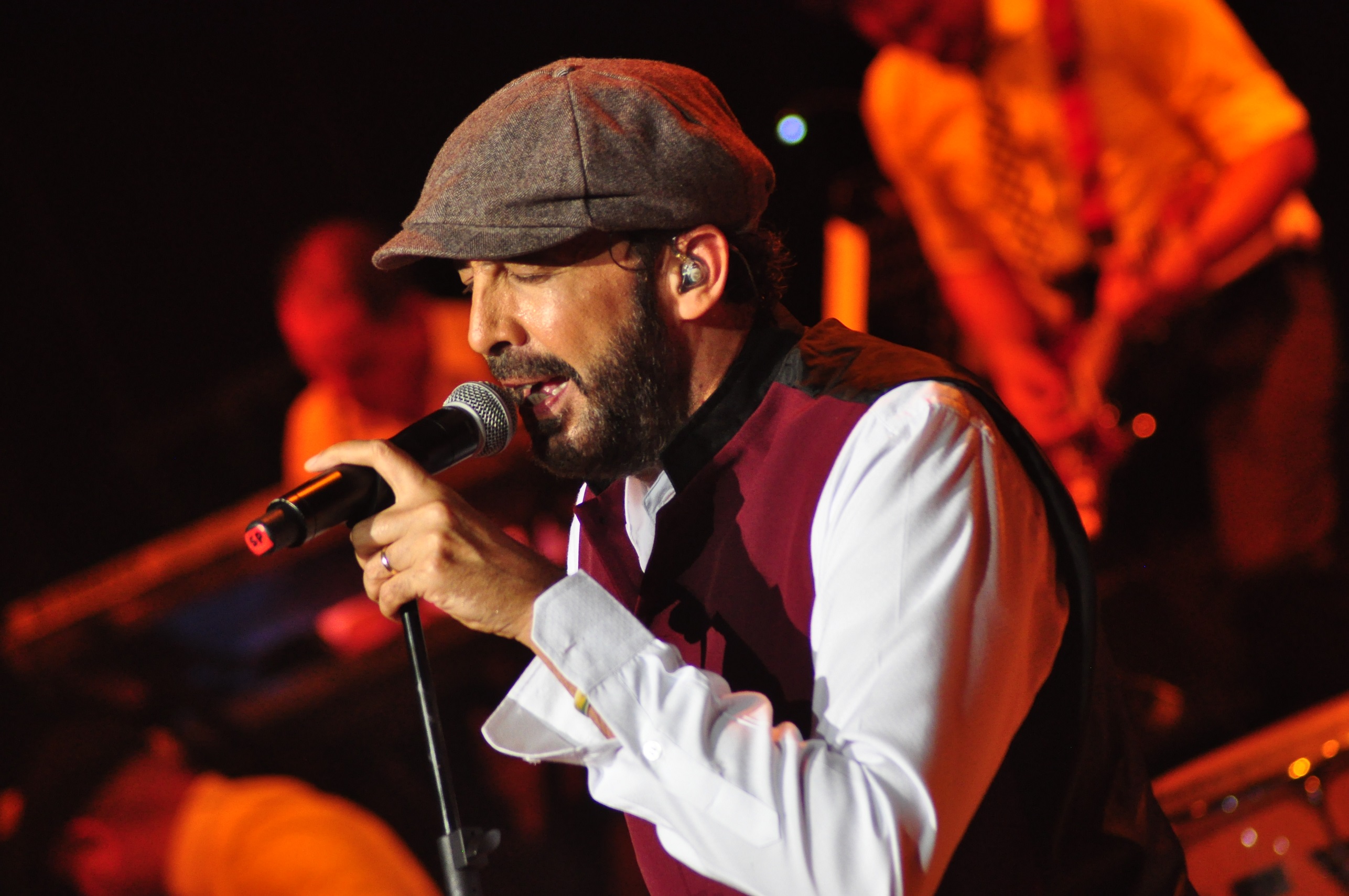 At 9:00pm sharp the lights were turned off, the “guira” and percussion were overheard, and the crowd started roaring as Juan Luis Guerra made his way to the center stage and opened his first concert after a 15 year absence from the Altos de Chavón Amphitheatre to the beat of “Cookies and Cream”.

This song set the tone to an energetic and unforgettable concert that had most of the more than 5,000 people that attended the sold out concert on their feet for the entire night dancing to Juan Luis Guerra 440’s classic hits and those of his new production “Todo Tiene Su Hora”.

The concert, held this past Saturday, June 27th, was the first of the world tour named after his latest music production. In addition to enjoying every minute of the concert, with the purchase of their tickets, attendees contributed to the Juan Luis Guerra Foundation, an organization that helps children with severe medical conditions and seniors in need of care.

This great cause motivated everyone to sing the full repertoire at the top of their lungs, despite the intense heat felt on this warm summer night. Some of the songs that Juan Luis (and the crowd!) sang included “La Bilirrubina”, “Ojalá Que Llueva Café”, “A Pedir Su Mano”, “Bachata Rosa”, “Tus Besos”, “Todo Tiene Su Hora” and “Muchachita Linda”. More than half way through the concert, Juan Luis said he needed to make a call to a good friend and stepped into a phone booth located on the stage. After a few rings, Johnny Ventura, one of the top Dominican merengue and salsa singers, was seen on a video image on the stage screens as he picked up the phone and the crowd went wild during the “De Moca a Paris” duet.

Casa de Campo at its community rejoiced as this, the second of the Casa de Campo produced concerts this year (Andrea Bocelli’s concert held last April was the first), proved that Casa de Campo is capable of hosting back to back world class events in its iconic amphitheatre with the best organizational standards and to a full house.

After the concert, Casa de Campo President, Rafael Torres, expressed that “this presentation is part of an agenda of artistic events of the highest status that we are preparing, and which include very well known artists of unsurmountable caliber.  We intend on showing everything that Casa de Campo has to offer in terms of entertainment, activities and amenities, something that also positively impacts the Dominican Republic’s reputation as the leading tourism destination in the Caribbean”.

Most certainly the Juan Luis Guerra 440 concert proved to be a huge success, where chivalry, a trait that defines Juan Luis very well, along with a great organization by the Casa de Campo team, owned the night. We can’t wait to find out what other concert Casa de Campo has in store for us in the future!

The following collection of photos were taken during the Juan Luis Guerra 440 concert in the Altos de Chavón Amphitheater last Saturday, June 27th: