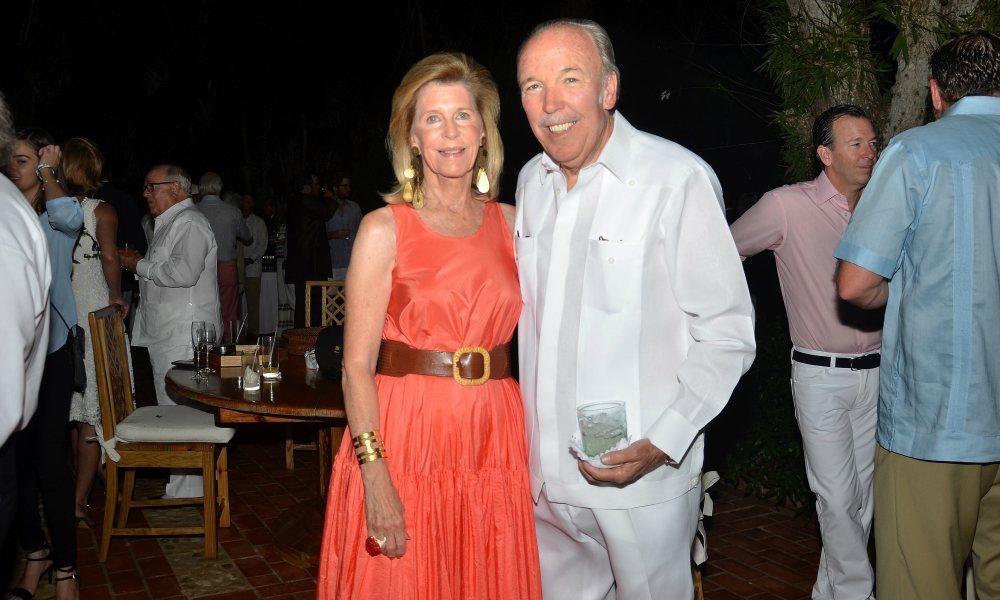 On Saturday evening the 23th of April, J.Pepe Fanjul with his wife Emilia hosted a wonderful dinner and prize-giving celebration at their Casa de Campo estate, Casa Grande, to mark the end of the 29th annual Sugar Shooting Tournament at the Casa de Campo Shooting Center and private wilderness reserve, Rancho Peligro.

This annual tournament hosted by J.Pepe Fanjul, which traditionally follows its sister event the Sugar Golf Tournament hosted by his brother Alfy Fanjul, sees people from all around the world travel here to enjoy the Casa de Campo resort’s extensive and indeed world-class shooting facilities. With guests from Texas, the United Kingdom and Florida, if there was one thing everyone had in common, it was their enthusiasm and appreciation for the Casa de Campo Shooting Center.

The celebration started with cocktails and snacks on the terrace overlooking the ocean, before the intimate group moved down to the dining area for a delicious buffet dinner overlooking the ocean and with the melodious tunes of a saxophone in the background. As the celebration came to an end, J.Pepe Fanjul with Casa de Campo’s Director of Shooting, Gary Salmon, took the spotlight to reveal the winners of the various tournaments — an exciting and cheerful moment.

This year there was an incredible amount of young people participating! At just 13 years old, Daniel El-Hage took home the prize for the Class D category of the Sporting Clays Shooting Tournament! The Purdey Cup, awarded for the first time, was given to Mason Berry by James Horne, Chairman of James Purdey & Sons Gunmakers, and the Gubelmann Cup was awarded to Jerry Seay by James Gubelmann himself. Mr. J.Pepe Fanjul won the High Overall this year, since as he joked the Berry brothers were not in all of the events and didn’t qualify for the cup. His wife, Emilia presented him with the award. See the complete list of winners below.

Congratulations to all the winners and all who participated, this year’s group definitely enjoyed the event celebrations. Next year, there will be the 30th Anniversary of the event, and both Emilia and J.Pepe Fanjul promise a spectacular event! Until next year!

The following collection of photos were taken by Wilfredo Alvarez on Saturday April 23rd at Casa Grande during the closing event for the 29th annual Sugar Shooting Tournament: